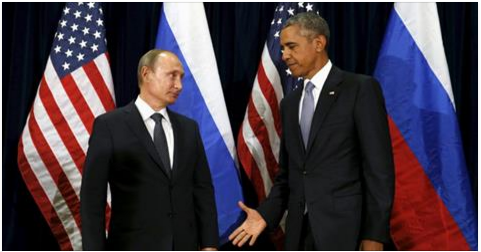 Russian President Vladimir Putin has vowed to continue bombing ISIS strongholds in Syria, despite US demands that he stop.
Via Yournewswire 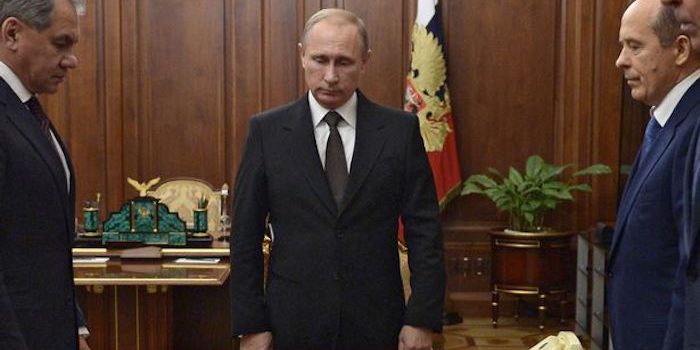 Kremlin spokesman Dmitry Peskov confirmed on Thursday that the Russian air force would continue its support of the Syrian armed forces in rebel-held eastern Aleppo.

He also urged Washington to deliver on a pledge to separate moderate Syrian opposition fighters from “terrorists”.
US Secretary of State John Kerry warned the US was “on the verge” of suspending talks with Russia over Syria.
“It’s irrational, in the context of the kind of bombing taking place, to be sitting there, trying to take things seriously,” he told a conference in Washington.
“There is no notion or indication of seriousness of purpose with what is taking place right now.”
The US and Russia have been negotiating for months to try to secure a cessation of hostilities but the latest truce collapsed last week after only a few days and attacks on eastern Aleppo have since intensified.
The US warned on Wednesday it would end talks on military co-operation unless Moscow stopped the bombing.
The recent cessation deal was meant to lead to joint Russian-US air strikes on so-called Islamic State and Jabhat Fateh al-Sham (formerly known as al-Nusra Front).
However Russia has complained the US has not done enough to separate the more moderate rebel groups, which it backs, from Jabhat Fateh al-Sham. Many of these groups have formed a strategic alliance with the more powerful Jabhat Fateh al-Sham and fight alongside it.
Despite growing tensions between the two nations, Mr Peskov said Russia remains interested in pursuing talks with the US in an effort to resolve the crisis in Syria.
His comments echo a statement from Moscow, which insisted it would send diplomats to Geneva to discuss ways of normalising the situation with the US.
US Deputy Secretary of State Antony Blinken said on Thursday that national security agencies were reviewing all options to try to end the Syrian civil war.
He said President Barack Obama had asked “all of the agencies to put forward options, some familiar, some new, that we are very actively reviewing”.
“When we are able to work through these in the days ahead we’ll have an opportunity to come back and talk about them in detail,” he said.
Meanwhile Turkey has said it will work with Russia on putting in place another ceasefire after the previous agreement collapsed.
Foreign Minister Mevlut Cavusoglu told reporters in Ankara “we are more than ready” but emphasised that nations have to try harder to find a political resolution in order for an agreement to be effective.
Aleppo has come under heavy aerial bombardment since the partial truce deal disintegrated a week ago.
Some 250,000 people are trapped in the east in appalling conditions, under siege from Russian-backed Syrian forces.
UN aid chief Stephen O’Brien has warned that Aleppo is facing an unprecedented humanitarian crisis.
Mr O’Brien, the under-secretary-general for humanitarian affairs, told the UN Security Council Aleppo had descended into a “merciless abyss of humanitarian catastrophe unlike any we have witnessed in Syria”.
The US has accused Russia of taking part in strikes on civilian targets and possibly committing war crimes – charges Russia has strongly denied.
source  www.topinfopost.com
Posted by Unknown at 7:10 AM