A woman in Scottsdale, Arizona, has been arrested after she cut off her partner’s p*nis in a fit of fury. Shania Jones, 34, told detectives that she was sick of the man – who has been named locally as Bruce Fox – refusing to make eye contact with her during s*x. Fox is currently in intensive care at Scottsdale Liberty Hospital, where he is expected to make a recovery. 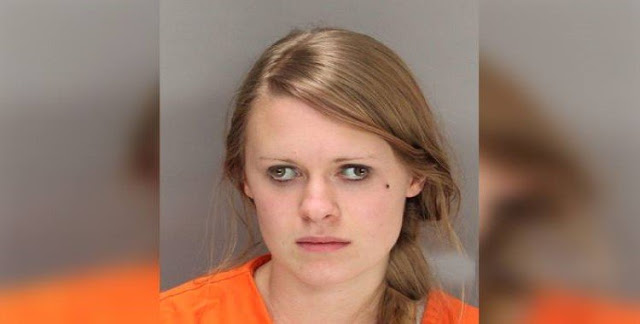 The attack took place in Fox’s home last Thursday. According to the man, the pair were having s*x, when all of a sudden, Jones got up, grabbed a kitchen knife, and sliced the tip of his p*nis off. Jones fled the scene as the man lay on the bed, bleeding profusely. Emergency services were called to the scene, and luckily for Fox they were able to stem the flow of blood before he lost consciousness.

Lieutenant Mike Alvarez told reporters:
“A woman was arrested at her home on September 1st, 2016, after a male alleged that she severed part of his genitals during s*xual intercourse. After questioning, the woman admitted to the crime, claiming that she lost her temper after the man refused to make eye contact with her. She has been charged with assault with a deadly weapon, and a bail of $15,000 has been set.”
Jones will appear in court on Thursday, where she is expected to plead guilty. She faces up to 8 years in prison.
Source : yixes.com
Posted by Unknown at 1:47 AM