Home » »Unlabelled » One Man Asked God “Why Can’t You Help This Hungry Girl On The Streets?” THIS Is What God Answered…

One Man Asked God “Why Can’t You Help This Hungry Girl On The Streets?” THIS Is What God Answered… 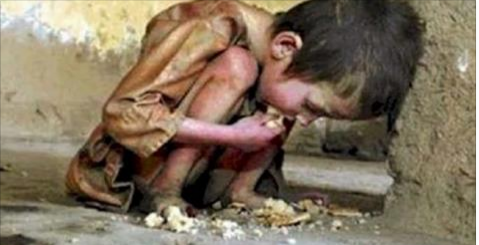 (Life Coach Code) One day, a famous wise man started to doubt God’s goodness. He started doubting God’s goodness because of his observations. He saw the world being a mess, wars and people killing each other, he saw how men destroy the planet… And while the same people who were responsible for the destruction of the planet were praised and getting richer, the good men who were simply born in bad places were suffering homeless on the street.
The thing that pushed him over, however, was when he saw a little girl in a torn dress shivering alone on the streets, hungry and homeless in midst of a cold winter. When the wise man saw this little girl suffering he thought to himself:

you do something about that little

girl?”
Immediately he received an answer to his

question.
“Oh I can! And I did! I created you!”
This story is a lesson for all of us. We don’t

take ourselves in consideration when we see

the bad things happening in the world. No

matter if your faith is in science, religion or

something else, your actions matter. If you

world, try to change it. If you see people

suffering, help them. If you see a lack of

give it. And even if you don’t change the

world, you will change someone’s world.

One small act of kindness at a time. If God

exists that’s how he works, through you!

from lifecoachcode.com. You can find the