30-Year-Old Man Asks 13-Year-Old Girl’s Dad If He Can Marry Her, Then Reveals It’s A PSA 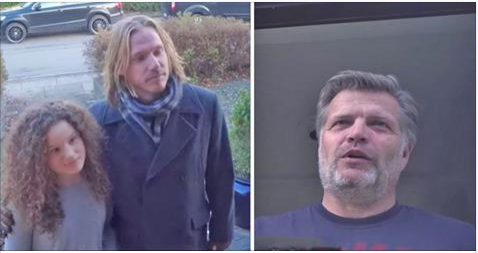 ome people say “age is nothing but a number,” but when it comes to romantic relationships, how comfortable should parents be with that line of thinking?
Alexander is a 30-year-old man. His current girlfriend is 13 years old. When Alexander decides to ask her father if he can marry her, you can imagine things do not go over well.
Thankfully, Alexander is just an actor, and the multiple 13-year-old girls in the video are not romantically involved with him. However, they are involved with the Borne Fonden, or Children and Youth Foundation, in Denmark to spread an important message.
Every day 82 girls under the age of 15 are forced into child marriage in Mali. If you wouldn’t support child marriage in your own country, how could you support it anywhere else?
When Alexander knocks on the door of the fathers in the video, they have no idea that he is a part of an important PSA. He tells each dad that he and their daughter have been dating, that he wants her to move in with him, and that they should get married.
Each father is at first confused, stunned that a man his age has been doing who knows what with their little girl. But their looks of confusion quickly turn to anger at the thought of their little girl being subjected to a male predator.
Finally, Alexander reveals he is pranking each dad for a very good reason — and everyone breathes a collective sigh of relief.
For more information on how you can end child marriage please visit the Borne Fonden.
Please SHARE this video to take a stance against child brides in Mali and around the world — no little girl should be forced into marriage.


source  www.littlethings.com
Posted by Unknown at 9:45 AM