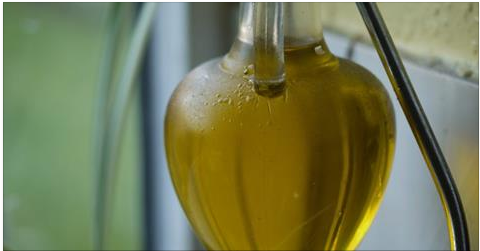 This is disturbing! 70% of Olive oil available in stores in the US has actually been cut with cheaper, nastier oils – meaning its fake!

There’s an enemy at the gates, it has been slowly infiltrating our olive oil market and corrupting one of the products that we all know is a healthy, sustainable option and one of Europe’s secrets to longevity. That’s right, 7 of the biggest olive oil manufacturers in the US have been cutting their products with cheaper, inferior oils (such as sunflower oil or canola oil) in order to minimise the cost of production, but it has come at a huge cost to everyone who invests in this healthy alternative.
And this is not too dissimilar to 2008, when over 400 Italian police officers participated in a major crackdown called “Operation Golden Oil.” This resulted in the seizure of 85 oil farms who were adding certain percentages of chlorophyll to sunflower and canola oil and selling it on as extra virgin olive oil. The oil is mixed, perfumed, coloured and then flavoured before being sold to the producer as “extra virgin.” These busts prompted the Australian government to investigate their own olive oil market, and indeed, after testing all of its brands’ “extra virgin olive oils” in their laboratories, none were given the 2012 certification for being a pure olive oil.
All of these scams prompted the University of California to carry out studies on 124 imported brands of extra virgin olive oil, and they found that over 70% of the samples failed the test.

The brands that failed the test:

The guys that passed the test and can be trusted:

Aside from brands there are simple tests you can do at home to check whether your olive oil is pure or not. Place the bottle in the fridge for around 30 minutes and check if the oil is starting to solidify. If it does then it is a good indication that the oil contains a large amount of monounsaturated fat, which is exactly what extra virgin olive oil contains. If the oil doesn’t begin to show signs of solidification then its a good sign that the oil is fake. This is not a perfect test yet it is a good indicator if you are unsure about the quality of your oil. You can also look for official governmental seals of approval on the label, such as “Australian Extra Virgin Certified” and “California Olive Oil Council Certified Extra Virgin.”
We have really had the wool pulled over our eyes with this one and its time to make a stand and stop supporting this corrupt industry of chemical additives, GMO’s and unhealthy alternatives. Hopefully this new action will decriminalise the olive oil industry around the world and restore it to being an honest trade, where an honest working person gets paid for what the other honest working people want to pay for…We’re paying for our Health after all.
h/t http://livetheorganicdream.com/fake-olive-oil-companies-revealed-stop-buying-these-brands-now/
Posted by Unknown at 11:54 PM