School Counselor Caught On Video Kicking A First-Grader With ADHD 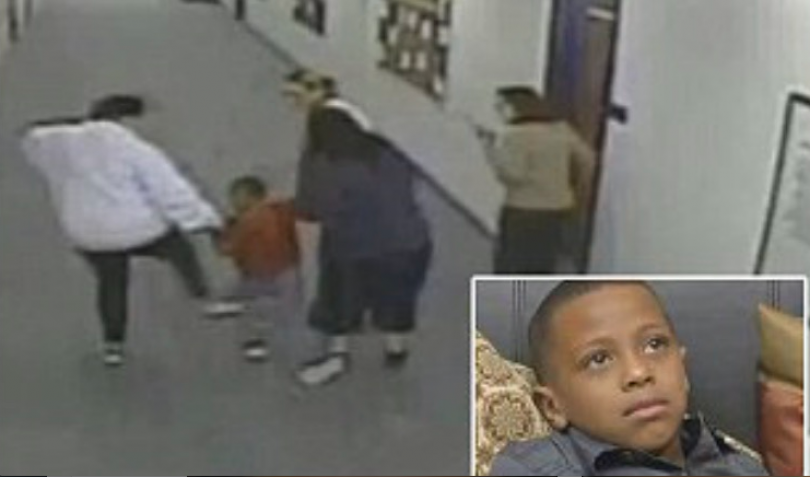 Former Las Vegas Elementary School Counselor Is Facing Battery Charges After Being Caught On Camera Kicking A First Grade Boy With ADHD For Leaving His Classroom.

A former elementary school counselor in Las Vegas could be facing battery charges after she was caught on surveillance video kicking a special-needs student.
Scroll down for video 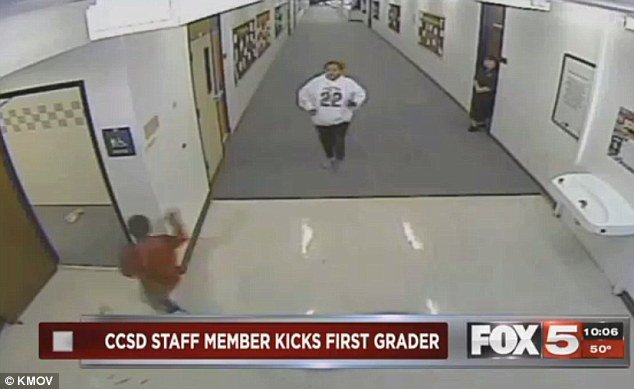 In the video, seven-year-old Jaiden Blue, who has a severe case of attention deficit hyperactivity disorder, is seen running through the building after leaving his special education class because he says it was ‘boring.’
Pamela Smith, a licensed counselor at the school, chases after Blue, who darts from side to side, desperately trying to elude her.
She eventually collars the child, drags him across the floor between her legs and kicks him multiple times after the boy kicks her first. 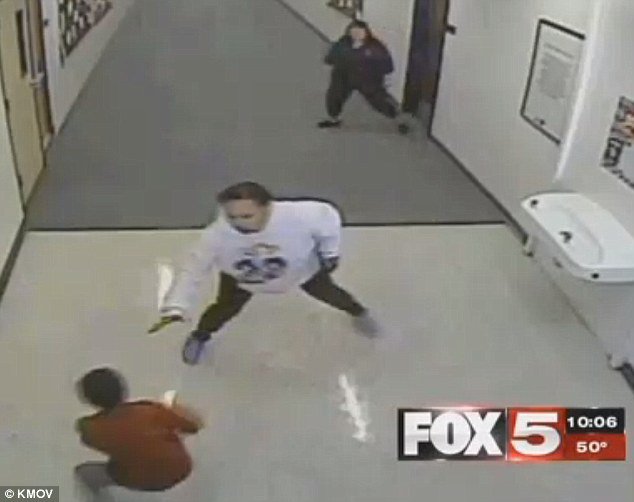 Jaiden’s mother, Hattie Blue, tells the station that she has learned from several witnesses that they had heard Smith tell her son that she was going to do to him what he did to her.
Smith had been hired by the Clark County School District in March 2016 and was terminated the day of her altercation with the seven-year-old.
During her first interview with police, Smith denied kicking Jaiden Blue. She later changed her story, claiming that she was trying to swipe the first-grader’s legs in order to subdue him. 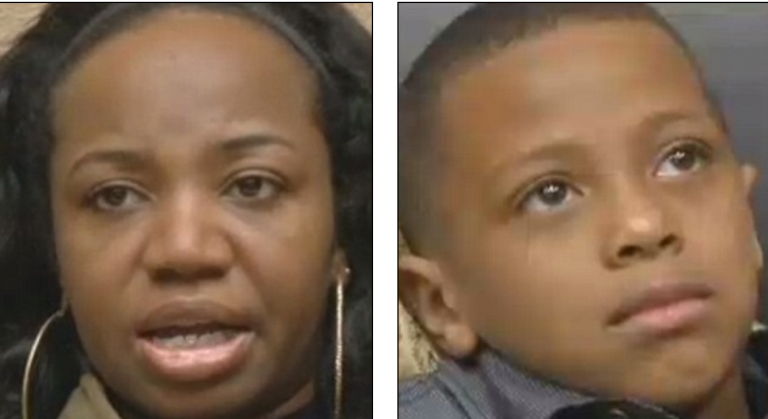