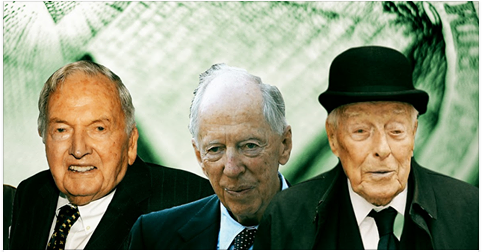 Society is made up of the collaborated efforts of people in the form of institutions. Institutions are investments people put in, and those with the most power to invest have the greatest influence on society.

Behind The Mask Of the Cabal

Despite the seeming equality we have achieved, the rich elite haven’t gone anywhere. They have managed to maintain their existence thousands of years throughout history, including in the modern era. They were even there at the dawn of modern day advancement, in the beginnings of the industrial revolution, where society witnessed its biggest growth in history.
The first aristocratic class planted the initial seeds, influencing the direction of our society in the most fundamental ways, just a century ago. In time, they grew by creating most of the major sectors in finance, education, media, and more, shaping society into what it is today. If there is anywhere to look at today for questions or answers for our very imperfect world, it is at those who created it.
The richest “philanthropists” of our time have been constantly pushing forward agendas in their own right. To have such a small group of people have a chance to influence millions of lives on such a big scale sounds scary to me. Let’s take a look at some of the most influential philanthropists in modern history.
1. Bill Gates
2. Warren Buffet
3. The Rockefeller’s
4. The Rothschild’s

The total amount of money given out by these five “philanthropists” equates to roughly $75 billion. From the looks of it, most of that money is not going to help us, but rather, help them to consolidate even more power and wealth. Billions could be spent on bringing water to the entire world, to creating shelter, but instead its donated in less common sensical ways.

SOURCES:  www.collective-evolution.com
Posted by Unknown at 9:13 AM