Home » »Unlabelled » Playing with his brother made him end up like this. 27 years later, he warns others so it doesn’t happen to them.

Playing with his brother made him end up like this. 27 years later, he warns others so it doesn’t happen to them.

When he was only 10 years old, Caper Brown and his brother Joey, then aged eight, snuck into an indoor scrap metal site and started playing with a gas pipe. Unaware of the dangers, the two boys were innocently exploring and playing around as any children of that age would. However, disaster was to strike when the building suddenly exploded with the young brothers inside. 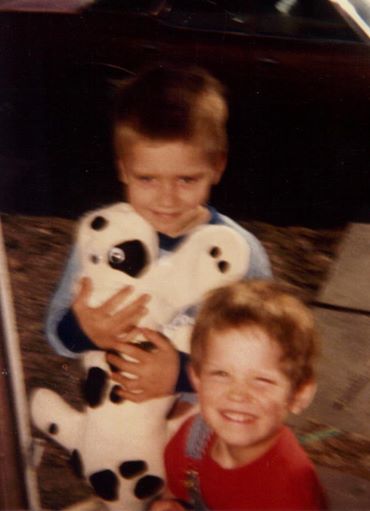 After a nearby water heater ignited fumes from the gas pipe, flames soon engulfed the entire building. Though the two boys were rescued, Joey suffered third degree burns over 26% of his body. Caper came off even worse with 98% of his body left charred. On numerous occasions, doctors told him it was a miracle that he didn't die with such extensive burns. 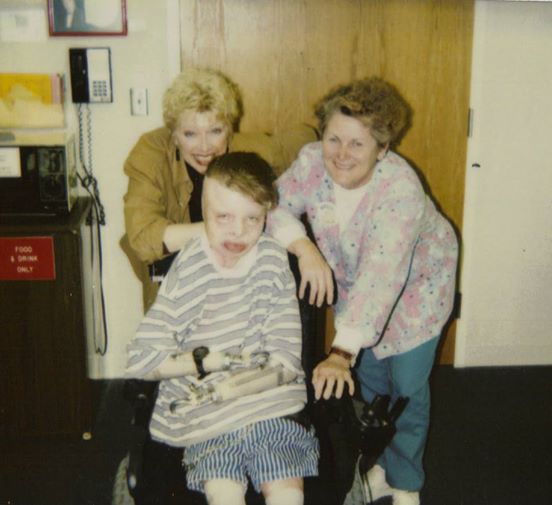 Against all the odds, Caper survived. Yet it came at a huge cost, as he'd lost all four limbs and suffered permanent scarring all over his body. Instead of giving up, he decided to make the most of this second chance and dedicate his life to helping others. 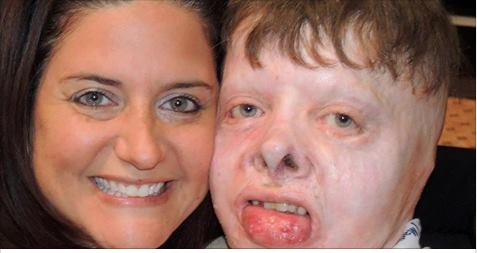 Over the past 17 years, he has been working at the "I Am Me" camp in Illinois where young burn victims spend a week together making friends and doing outdoor activities.
At the camp, Caper talks about his experiences and offers advice. With an extremely approachable demeanor, he has been able to inspire others who have suffered a similar fate and give them hope for the future. His dedication and hard work even inspired his brother to volunteer as a counselor at the camp. "He keeps me going. If he can do it, I can do it," said Joey. 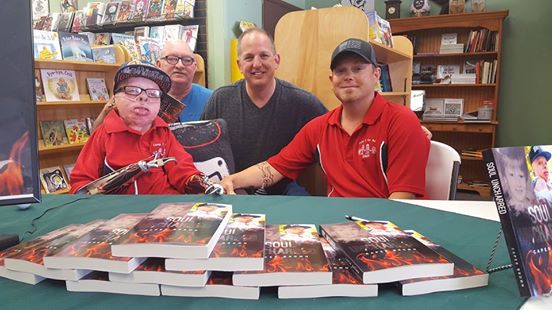 Caper recently set up a GoFundMe page to finance the publication of a book he has been writing over the past seven years. He has a simple message for people finding themselves in similarly difficult situations: "Life is worth fighting for. Do the best to enjoy it." Practicing what he preaches, Caper plans to travel around Europe and see parts of the world he's never been to. 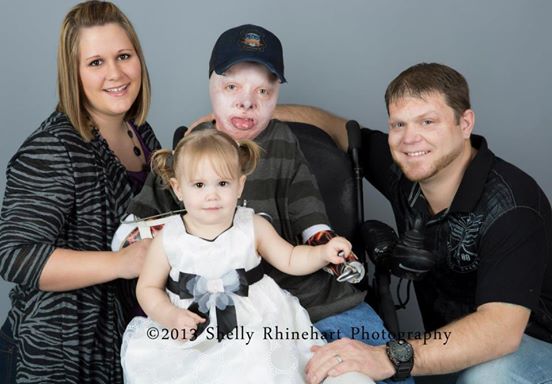 Here's a picture of Caper with his brother, sister-in-law, and niece.
By refusing to give up, Caper is a fine example to young people who have experienced similar misfortune. Let's hope he continues to enjoy life and inspire as many people as he can for many more years to come!
source  www.hefty.co
Posted by Unknown at 7:08 AM