By: Richard Hartley-Parkinson for Metro.co.uk
A man who raped and killed a three-year-old girl has been executed with a machine gun.
Muhammad al-Maghrabi, 41, was killed as he lay on the floor following his conviction over the death of the little girl, Rana Yahya Al-Matari.
His execution, at point blank range, was broadcast on live TV across Yemen.
He was shot dead in front of a crowd of thousands of people, including many who recorded what happened on their mobile phones, in the capital city of Sanaa.
His hands were tied behind his back as he was led from a prison van before being laid down on a rug in front of the crowds of people. 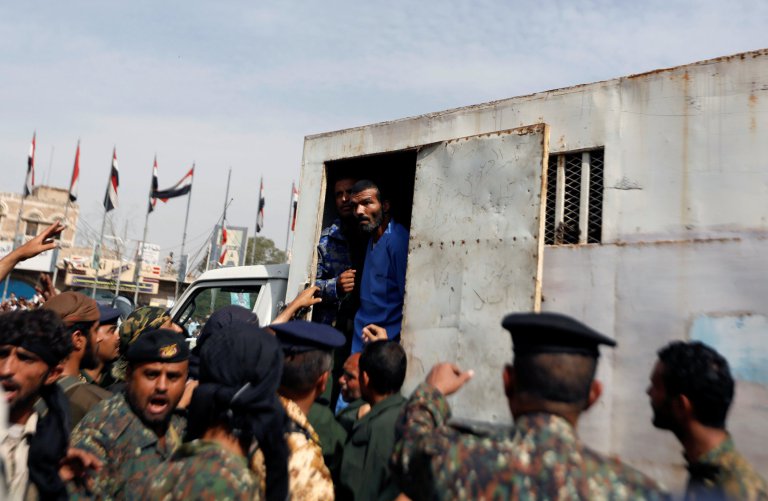 Al-Maghrabi’s hands were bound behind his back as he emerged from the prison van (Picture: Reuters/Khaled Abdullah) 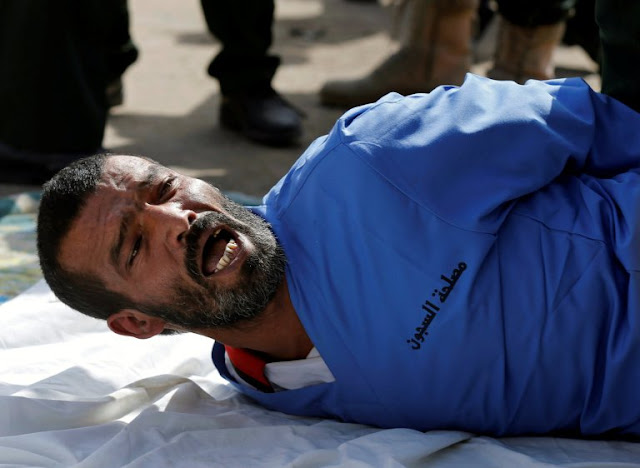 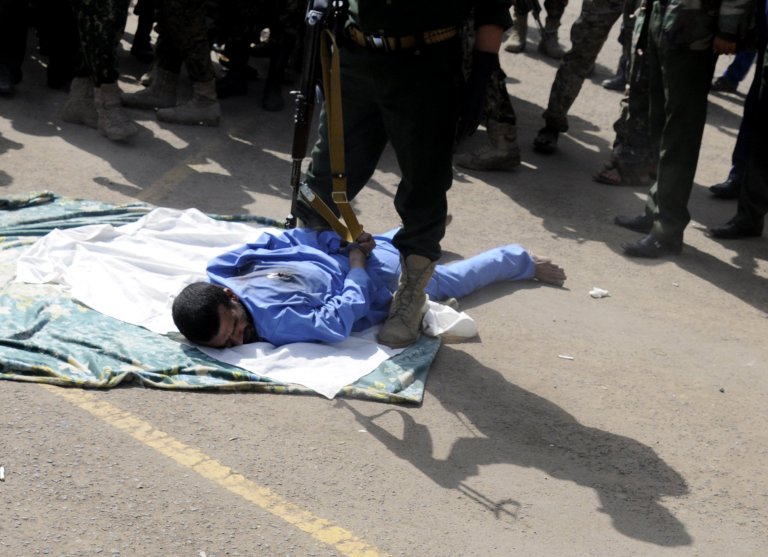 A man, believed to be a police officer, then approached him and shot him in the back as he lay on the floor.
Murder, according to Sharia law, is punishable by the death sentence, but families of the victim can request that the punishment is less severe.
al-Maghrabi admitted to raping the girl in his hut to the south of the capital city on the first day of Eid al-Fitr. 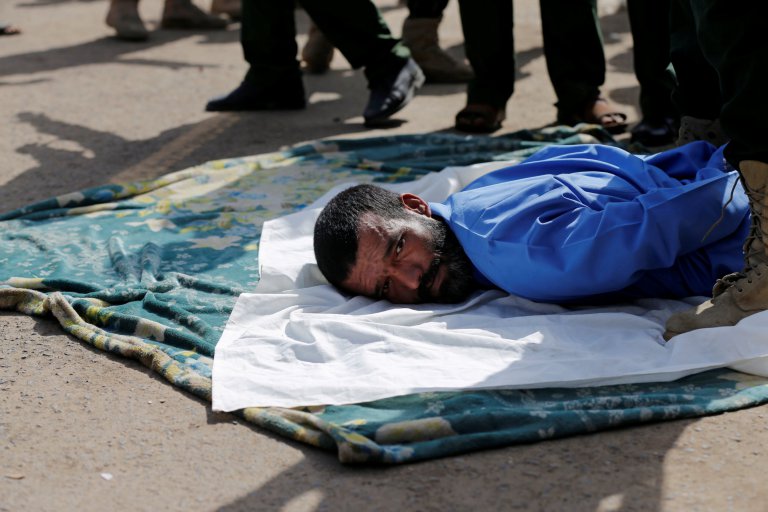 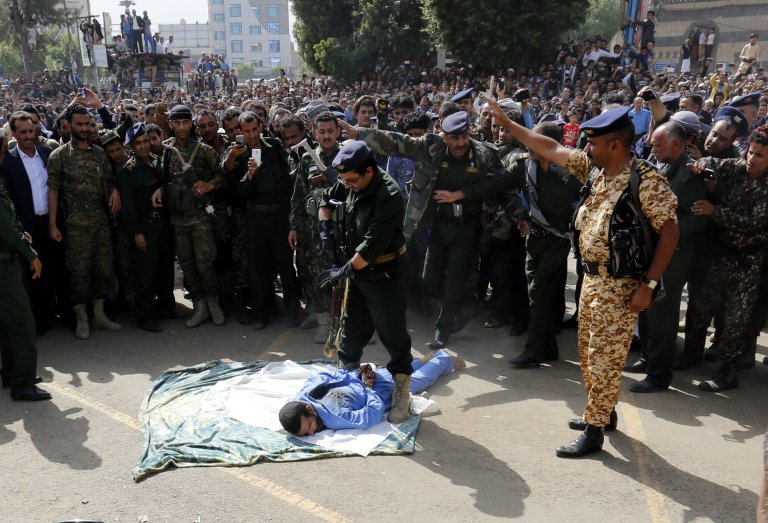