Home » »Unlabelled » THIS Is What Will Happen To Your Body If You Eat Ginger Every Day For 1 Month:

THIS Is What Will Happen To Your Body If You Eat Ginger Every Day For 1 Month:

Buddhism is not a religion.

If you’re confused, don’t worry. A long time ago, I mistakenly thought is was too.
In our need to intellectually classify everything, it naturally gets lumped into the same “genre” as other religions such as Christianity, Hinduism, Islam, and so on.
Yet, as I’ve come to be a practicing Buddhist, I’ve realized it is not a religion at all, but rather more like a way of living. 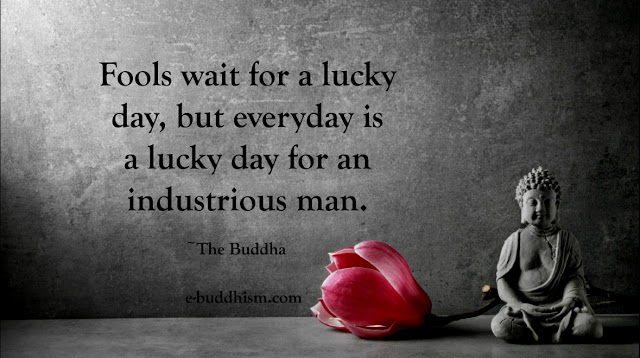 There are no “rules,” per se, in Buddhism. You aren’t going to hell if you “sin,” and there is no almighty God ruling over us in the heavens in the same way we find in other traditions.
There are some precepts and truth about how to live, but if you choose not to follow them you aren’t going to hell. You’ll just continue to suffer the endless cycle of samsara, suffering, here on Earth. Because let’s be honest, as humans, we have an uncanny knack for causing our own suffering.
Buddhism doesn’t tell you that you can’t practice other faiths. In fact, many Buddhists feel quite the opposite.
My most wise teacher, Thích Nhất Hạnh, says it best in his book Living Buddha, Living Christ, when he writes:
“I always encourage [people] to practice in a way that will help them go back to their own tradition and get re-rooted. If they succeed at at becoming reintegrated, they will be an important instrument in transforming and renewing their tradition.
When we respect our blood ancestors and our spiritual ancestors, we feel rooted. If we find ways to cherish and develop our spiritual heritage, we will avoid the kind of alienation that is destroying society, and we will become whole again. Learning to touch deeply the jewels of our own tradition will allow us to understand and appreciate the values of other traditions, and this will benefit everyone.”
When I read this book early in my spiritual evolution, I was rather amazed. A monk was telling me I could do both? I had grown up with the dogmas of the Catholic Church, which I turned away from early on because of the hypocrisy I could sense even as a small child. I found myself drawn to the saints and the Mother Mary, but other than that, I really wasn’t too interested. However, this was the faith of my people and, being a mix of Italian, Cuban, and English, I’m pretty sure many of my ancestors too.
I just didn’t get it though.
So I turned away, and I searched high and low outside of myself for answers. The great question. The great mystery. I sought peace and connection outwardly, only I didn’t realize what I was doing until I was about 34 years old. In my jaded and bitter 20s, I threw around the phrase, “Religion is a crutch for the weak,” because I was tired of reading about wars and violence all in the name of someone’s God. So I judged harshly and closed myself off to all that nonsense.
My life got darker.
When I crawled out of the darkness, I was beaten and desperate, seeking a new way of living because I knew if I didn’t change I was going to die from my drug addictions. What appeared in my life for the second time was a Buddhist nun named Pema Chödrön, and she lit the fire under my ass. She wrote in such a way that spoke straight to my soul. It cracked me wide-open and hit me right in the bodhichitta that she so eloquently describes—that soft spot within us.
I was hooked. I was going to become a Buddhist and that was that. I kept reading, studying, and practicing meditation. Before I knew it my mind was expanding to places I never knew were possible: non-judgment, non-attachment, impermanence, acceptance, loving-kindness.
What I came to realize was that all paths lead to the same tree. That it doesn’t matter which path we want to take and which faith or tradition we choose to practice as long as we practice it to the best of our ability at any given time. We can even walk a little bit along several paths.
My Buddhist practices have helped me evolve into a better version of myself. I am kinder, more open, more loving, and more disciplined. I do less harm in the world, and I value my body and what goes into it. I bring mindfulness with me wherever I go.
While I haven’t reverted back to the Catholicism of Rome, I do include several Christian saints and Jesus himself in my devotions and prayer practices. Jesus is a model of how I strive to live. My practice is more a mix of many traditions, heavy on the Buddhist and Hindu traditions, that speak to my heart and soul. I don’t only pick the easy parts or what suits me, but I embrace the principles and practices that work for my life.
If people feel the need to be fanatical and judgemental, I allow them that experience because who am I to tell them how to act? I was once fanatical in my rejection of all things religion, so who am I to judge?
The various faiths and religious practices of the world exist for a reason—simply because we seek answers outside of ourselves. We want something else to be responsible for our lives, otherwise we have to take responsibility for them and how scary is that?
When we can think outside the box, we can create new paradigms and that’s how we will collectively evolve here on Earth. I mean, seriously, maybe it’s time we start seeking answers within to find what works for us rather than following a broken system that doesn’t seem to be doing much good lately!
Buddha is not a deity. The Buddha is within you. Find him and the path begins.
Namaste.
~

Author: Lindsay Carricarte
source: elephantjournal.com
Posted by Unknown at 1:23 AM