Dog Has The Most Touching Reaction After Losing Her Best Friend 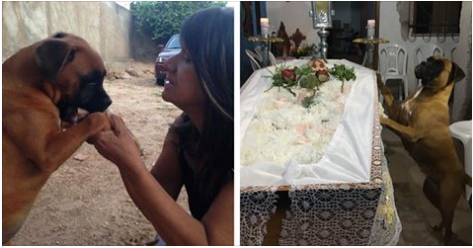 "Even in death, my mother is teaching that love is not just for humans."

For the last four years, this sweet pup named Belinha had been inseparable from her best friend and owner, Telma Maria. Sadly, though, their time together was recently cut short — but Belinha's love for her owner lives on still. 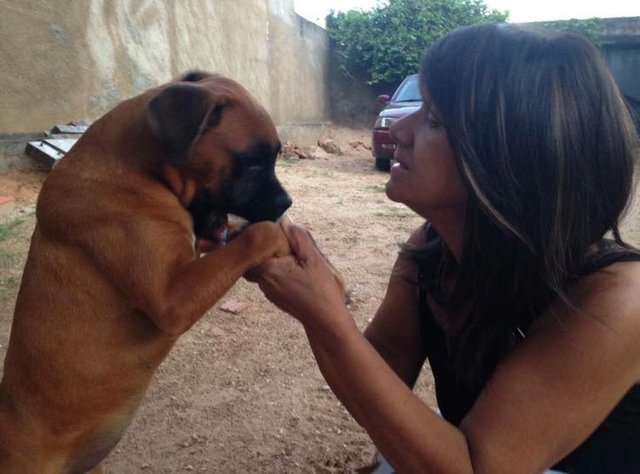 Maria, who lived in Brazil, passed away earlier this month after a long battle with cancer. Throughout her painful fight and declining health, Belinha never left her side — and Maria's spirit was bolstered by the dog's comforting presence.
"My mother said she was her nurse," Maria's son, Dionísio Neto, wrote online. "Belinha proved to be the most faithful companion." 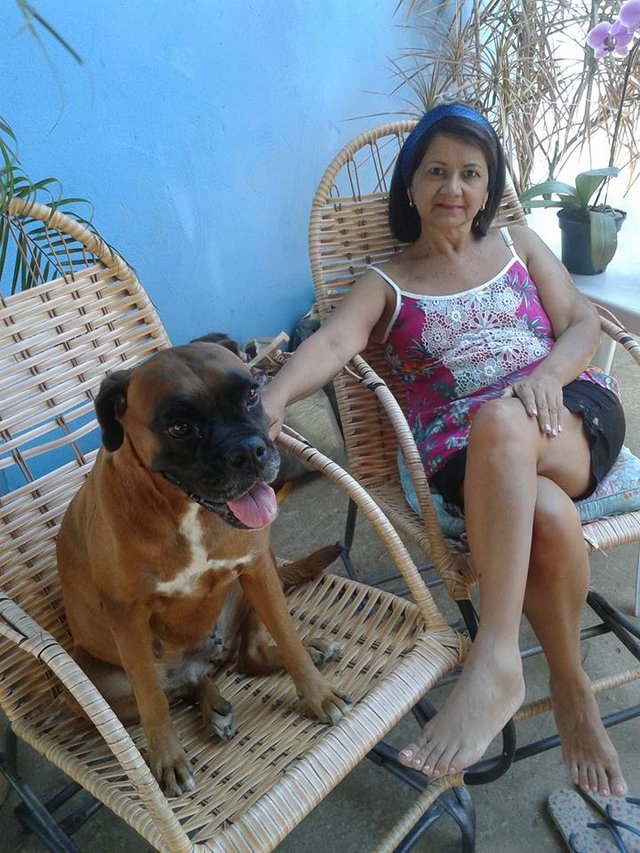 Given that Belinha was such an important part of Maria's life, it only made sense that she was there to say goodbye at her wake. Along with other family members, Belinha sat sorrowfully, as if understanding the significance of the solemn gathering.
But it's what happened next that touched Maria's son the most. 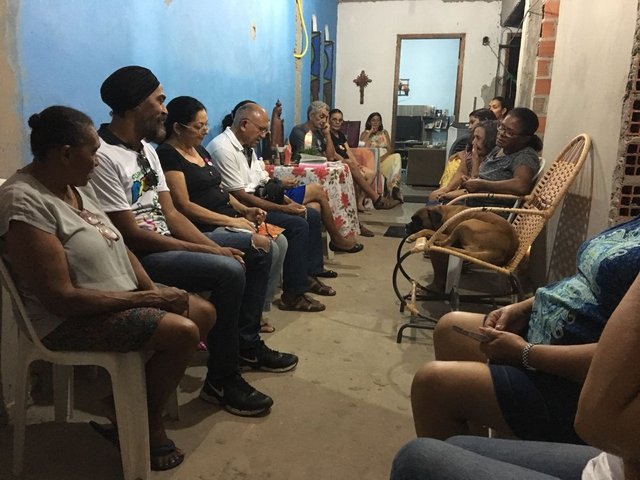 When presented with Maria's coffin, Belinha surprised everyone by remaining by her side throughout the rest of the service — just as she'd always done when Maria was alive. Neto decided to capture photos of those tender moments, writing:
"Animals are pure love." 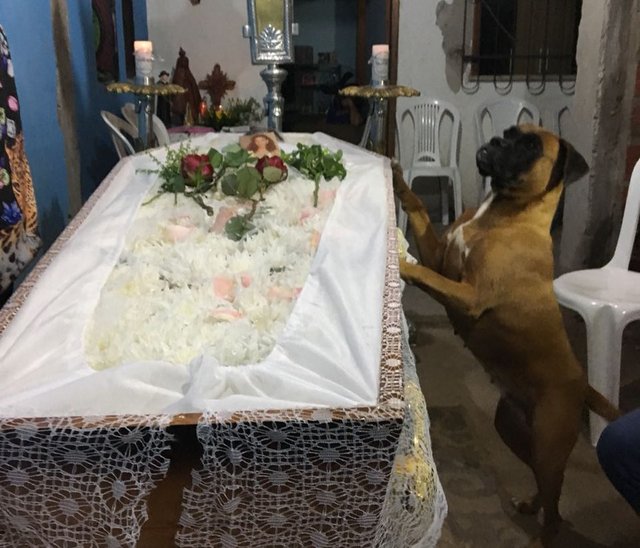 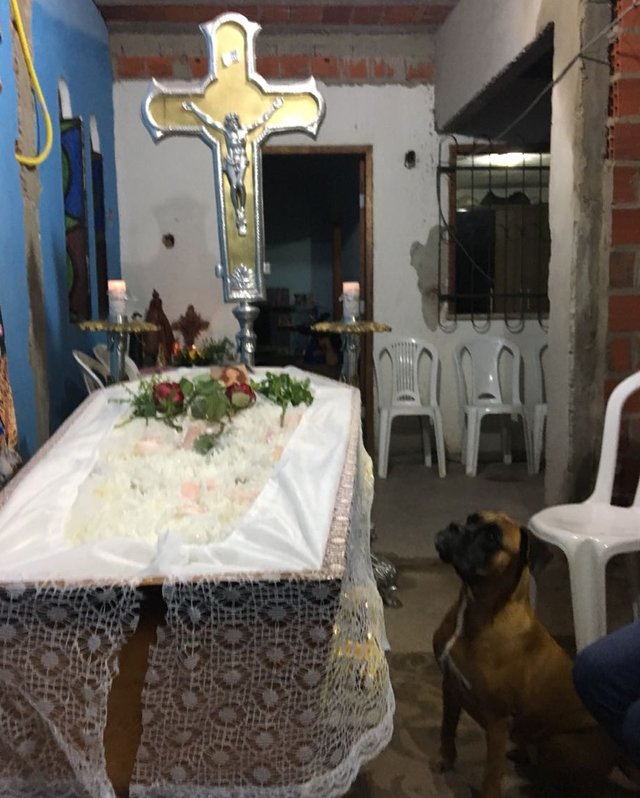 After the ceremony, Belinha continued to mourn, whimpering often at Maria's absence. So, in hopes of bringing the dog some solace, Neto and a few family members decided to show Belinha where her best friend now resides — a visit that seemed to put her at ease. 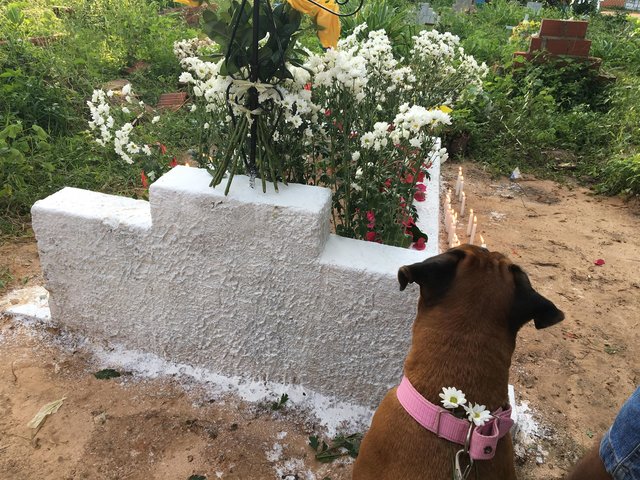 Loosed from her leash at the cemetery, Belinha ran directly to Maria's grave, despite having not been there when she was laid to rest. Neto was once again moved to see that the bond between his mom and her dog remained unbroken, telling the newspaper Estadão:
"Even in death, my mother is teaching that love is not just for humans. My mother and Belinha show that the love of animals is something greater than many people imagine." 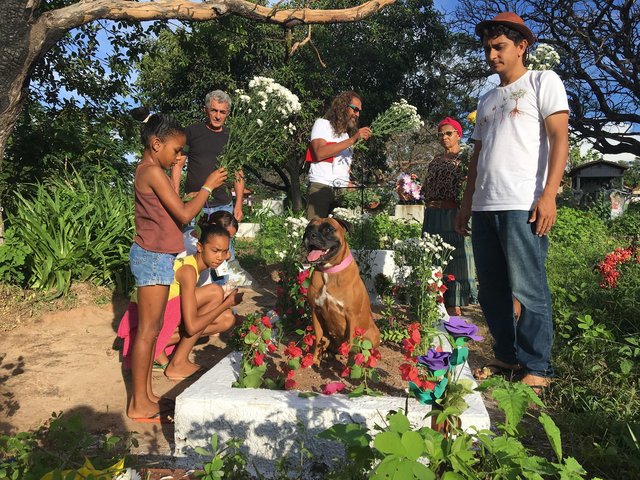 In time, Belinha's heart will begin to heal, knowing that Maria is never far away. Belinha now has forever home with Neto, so thankfully, she won't have to face the grieving process alone.
credits  www.thedodo.com
Posted by Unknown at 5:11 PM