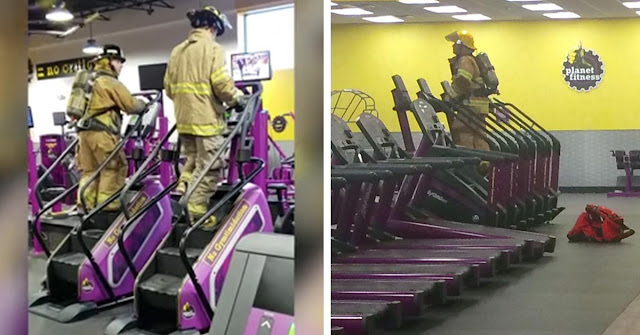 Earlier this week, it was the 17th anniversary of one of the most historical and tragic events to happen in our world; The World Trade Center Attacks of September 11th, 2001 – also known as “9/11”.

Despite it happening almost 20 years ago, to this day it still unites us all in grief, mourning, and remembrance. It’s reported that almost 3,000 people lost their lives that day – including 412 emergency workers of New York City who rose to the call of duty and sacrificed their lives in order to save the lives of complete strangers during one of the most horrific ordeals anybody can possibly go through.
Just as with every year, on September 11th was flooded with hundreds upon thousands of stories about how people from all over the world have honored the thousands of victims who left their homes and families that day not knowing they would never get the chance to return.


One story of remembrance in particular, however, went completely and utterly viral – the story of two firefighters who donned their full fire-fighting uniform, took themselves down to Planet Fitness in Bonaire, Georgia, and started a climb of 110 stories using a Stairmaster master machine. The reason they did this? Because that is exactly the same amount of staircases their colleagues would have done back on September 11 in 2001. (No, I’m not crying, you’re crying). 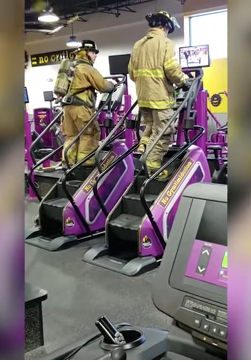 They began their climb at 8.46am on September 11th – which is the exact moment the first American Airlines airplane (Flight 11) hit the north tower of the World Trade Center. It was a truly humbling, beautiful moment which I am personally very glad was captured on video. Within the space of 24 hours, the video gained more than 17 million views.
Not wanting to be named, the woman who caught this moment on video said;
Two firefighters at my gym walked all 110 stories of the World Trade Center and back down in remembrance of 9/11 and to honor all the fallen heroes. 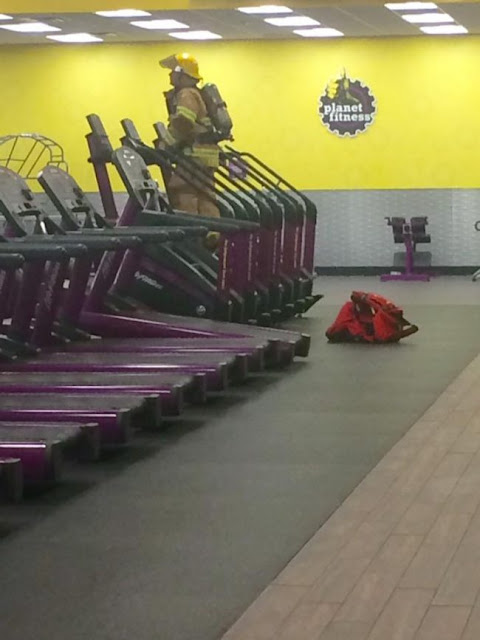 Despite only hearing about this particular story this week, it’s not the first time firefighters have paid tribute to their fallen brother. Jason Harding, a public safety officer who works as a policeman, a fireman and a paramedic was pictured donning his firefighter uniform at a gym in Tennesse using the steps machine.
The image was uploaded to Facebook by Lezlie Bauler, who works on the front desk at the gym, with the caption:
This man asked if it was okay for him to climb 110 sets, fully suited, of stairs in honor of his fallen brothers and sisters for 9/11.
Yes, sir, you can. I am not one to get emotional, but a few tears were shed. Thank you for your services.


After the post went viral, Harding had this to say;
When I went to the gym this morning at 6 am before coming onto shift I was only wanting to honor the fallen heroes and their families on this day 15 years ago.
“I was not and am still not looking for any self-recognition. I have received so many private messages via Facebook from people expressing support, gratitude, and blessings.
Many stated my act brought them to tears but little do they know, their support did the same for me. It is proof that although we seem divided as a country at times, we unite at the most crucial times.
What a truly beautiful sentiment.
Watch the full story below