Home » »Unlabelled » 18 Rules Of Living By The Dalai Lama

18 Rules Of Living By The Dalai Lama 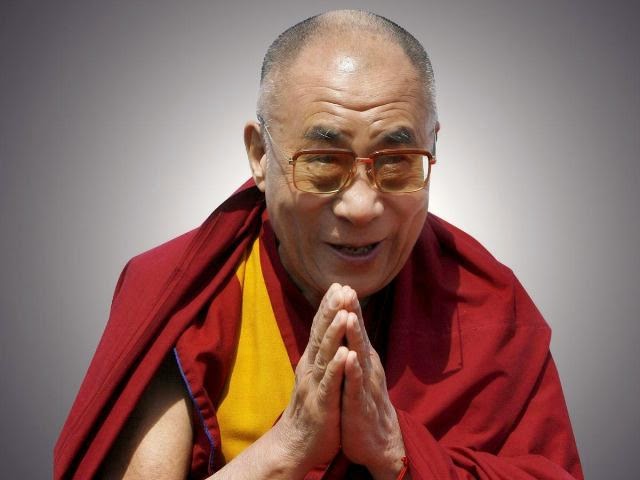 Of the many problems we face today, some are natural calamities and must be accepted and faced with equanimity. Others, however, are of our own making, created by misunderstanding, and can be corrected. One such type arises from the conflict of ideologies, political or religious, when people fight each other for petty ends, losing sight of the basic humanity that binds us all together as a single human family. We must remember that the different religions, ideologies, and political systems of the world are meant for human beings to achieve happiness. We must not lose sight of this fundamental goal and at no time should we place means above ends; the supremacy of humanity over matter and ideology must always be maintained.
By far the greatest single danger facing humankind – in fact, all living beings on our planet – is the threat of nuclear destruction. I need not elaborate on this danger, but I would like to appeal to all the leaders of the nuclear powers who literally hold the future of the world in their hands, to the scientists and technicians who continue to create these awesome weapons of destruction, and to all the people at large who are in a position to influence their leaders: I appeal to them to exercise their sanity and begin to work at dismantling and destroying all nuclear weapons. We know that in the event of a nuclear war there will be no victors because there will be no survivors! Is it not frightening just to contemplate such inhuman and heartless destruction? And, is it not logical that we should remove the cause for our own destruction when we know the cause and have both the time and the means to do so? Often we cannot overcome our problems because we either do not know the cause or, if we understand it, do not have the means to remove it. This is not the case with the nuclear threat. ~ Dalai Lama
At the turn of this century, the Dalai Lama issued the following eighteen rules for living.
Rule 1. Take into account that great love and great achievements involve great risk.
Rule 2. When you lose, don’t lose the lesson
Rule 3. Follow the three Rs: 1. Respect for self 2. Respect for others 3. Responsibility for all your actions.
Rule 4. Remember that not getting what you want is sometimes a wonderful stroke of luck.
Rule 5. Learn the rules so you know how to break them properly.
Rule 6. Don’t let a little dispute injure a great friendship.
Rule 7. When you realize you’ve made a mistake, take immediate steps to correct it.
Rule 8. Spend some time alone every day.
Rule 9. Open your arms to change, but don’t let go of your values.
Rule 10. Remember that silence is sometimes the best answer.
Rule 11. Live a good, honorable life. Then when you get older and think back, you’ll be able to enjoy it a second time.
Rule 12. A loving atmosphere in your home is the foundation for your life.
Rule 13. In disagreements with loved ones, deal only with the current situation. Don’t bring up the past.
Rule 14. Share your knowledge. It’s a way to achieve immortality.
Rule 15. Be gentle with the earth.
Rule 16. Once a year, go someplace you’ve never been before.
Rule 17. Remember that the best relationship is one in which your love for each other exceeds your need for each other.
Rule 18. Judge your success by what you had to give up in order to get it.
Video : 18 Rules of Living By The Dalai Lama
source
Posted by Unknown at 6:29 PM