The “Big Bang” and evolution are not only consistent with biblical teachings, Pope Francis told a Vatican gathering – they are essential to understanding God.
“When we read about Creation in Genesis, we run the risk of imagining God was a magician, with a magic wand able to do everything — but that is not so,” the pope told a plenary assembly of the Pontifical Academy of Sciences.“He created human beings and let them develop according to the internal laws that he gave to each one so they would reach their fulfillment,” 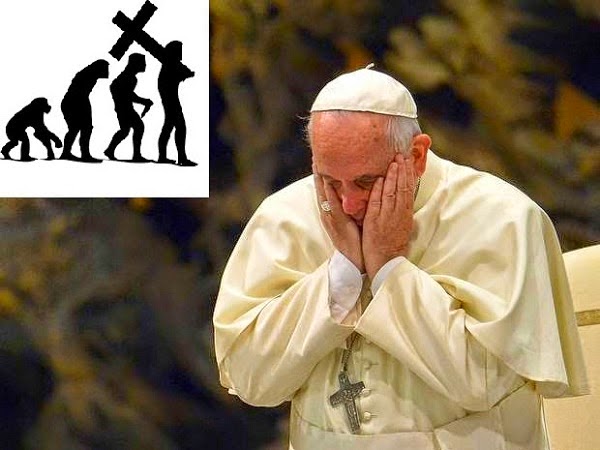 The earth’s origins were not chaotic, the pontiff said, but were created from a principle of love, reported Religion News Service.
“He gave autonomy to the beings of the universe at the same time at which he assured them of his continuous presence, giving being to every reality, and so creation continued for centuries and centuries, millennia and millennia, until it became which we know today, precisely because God is not a demiurge or a magician, but the creator who gives being to all things,” the pope said.
Pope Francis said the theory of evolution did not contradict the Bible or church teachings, as creationists claim.
“God is not a divine being or a magician, but the Creator who brought everything to life,” the pope said. “Evolution in nature is not inconsistent with the notion of creation, because evolution requires the creation of beings that evolve.”
Catholic teaching has not traditionally been opposed to evolution, unlike evangelical Christianity in the U.S., although a close associate of Pope Benedict XVI criticized the scientific theory in a 2005 opinion piece published in the New York Times.
Pope Francis made the speech while unveiling a bust of Benedict, his predecessor.
The pope said biblical teachings gave humans the responsibility to care for the earth and its inhabitants.
In the Book of Genesis, God commanded Adam “to name everything and to go ahead through history,” Pope Francis said. “This makes him responsible for creation, so that he might steward it in order to develop it until the end of time.”
He warned that it was a “grave sin against God the creator” to destroy the environment, and scientists held a special responsibility to protect God’ creation.
“Therefore the scientist, and above all the Christian scientist, must adopt the approach of posing questions regarding the future of humanity and of the earth, and, of being free and responsible, helping to prepare it and preserve it, to eliminate risks to the environment of both a natural and human nature,” Pope Francis said. “But, at the same time, the scientist must be motivated by the confidence that nature hides, in her evolutionary mechanisms, potentialities for intelligence and freedom to discover and realize, to achieve the development that is in the plan of the creator.”
Source - Daily Mail & rawstory.com Via: livebuddhism.com
Posted by Unknown at 5:37 AM