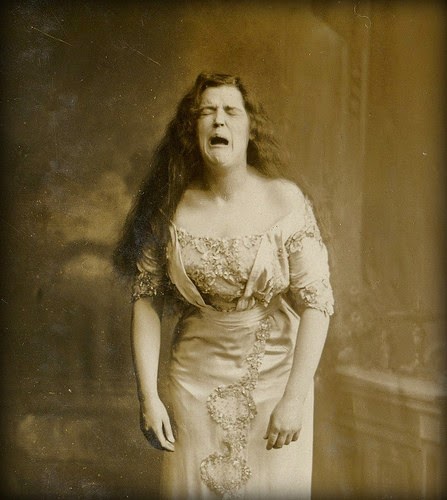 These photographers may have never known the significance of the pictures they took and that millions would be marveling at them in the future. From thousands of images, I chose these to give us a rare and fascinating look at how different (and similar) life used to be.
The oldest known selfie. (1839)

hyperallergic.com
Robert Cornelius took this photo outside the store his family owned. It became famous for being the first self portrait or as its commonly now known, a “selfie.”

People posing next to the Statue of Liberty as it’s unpacked. (1886)

This funny portrait of a woman was taken while she was mid-sneeze. (1900)

A “knocker-up” waking up clients – the early 20th century version of alarm clocks.

This may very well be the most kings ever photographed at once. Represented are Norway, Bulgaria, Portugal, the German Empire, Greece, Belgium, Spain, Great Britain, and Denmark.

Before automatic pinsetters were invented, “pin boys” worked to manually line them up. (1914).

Sarcastic photo taken by anti-prohibitionists to mock their opponents in 1919.

A police officer on a Harley and an old fashioned mobile holding cell. (1921)

An early example of “horsemanning”, the 1920’s version of “planking”.

Two winners of a 1922 Beauty Pageant, when beauty standards were much different.

Suits were not allowed to end more than 6 inches above the knee.

A couple enjoys an old fashioned zipline on a weekend afternoon. (1923)

This bizarre helmet supposedly helped focus by rendering the wearer deaf, piping them full of oxygen, and limiting their vision to a tiny slit. (1925)

Hitler rehearsing his speeches in front of a mirror (1925).

The LA Public Library’s bookmobile program for the sick. (1928)

A zookeeper gives penguins a delightful shower from a watering can. (1930)

A cat poses for a cigarette card, found in Army Club Cigarettes. (1932)

How makers of the famous London Double-Decker buses proved they weren’t a tipping hazard. (1933)

Baby cages for 1930s apartment families who wanted their children to get enough sunlight.

These glasses were specifically made for reading in bed

The 1930’s version of a GPS: This auto scrolling map was supposed to help people with directions in real time.

Face Cones: a fashionable way to protect oneself during snowstorms (1939).

A bicycle that fits a family of four, including a sewing machine. (1939).

WWII soldiers get their last kiss before deployment.

An Austrian boy couldn’t be more excited about his first pair of new shoes in years. (1946)

The winner of the 1950 “Miss Atomic Bomb” pageant.

Afghan women at a public library during the 1950s.

The Afghanistan government was shifting towards democracy in the 1950s and 60s before the Taliban took over. Women could work, become educated, dress casually and use many of the modern day services that men could.

Fidel Castro lays a wreath at the Lincoln Memorial. (1959)

This Japanese machine meows times per minute to scare away rats and mice. The eyes light up too.

A young woman takes her pet lobster out for a walk.

“The Kiss of Life”. This iconic photo shows a utility worker receiving mouth-to-mouth after being electrocuted. He survived. (1967).

A young Osama Bin Laden with his family in Sweden during the 1970s. He is second from the right in a green shirt.

Although we did everything differently back then, these photos also show that deep down, raw human spirit never changes. Our compassion, ingenuity, curiosity, and perseverance as a species will always stand the test of time. [ via - distractify ]
source     www.themindawakened.com
Posted by Unknown at 5:44 AM