By Dr. Devra Davis, PHD
The bone marrow of a child’s head absorbs 10 times more radiation than that of an adult
Here, you have a frying pan. You know it gets hot. So you just don’t tell the kid to flip the pancakes for you. You take precautions. You explain things, so kids don’t burn their fingers. Why should a cell phone that increases brain cancer risk be any different?
We love our cell phones. Cell style is our lives, no doubt, and, for some, would be embedded bionically, if it were safe, but, of course, that’s a silly thought, isn’t it? Of course, it isn’t safe, you say, to put cells in fatty tissue. So why are we holding our cell phones so close to the fattiest tissues of all, our brains and sexual organs? 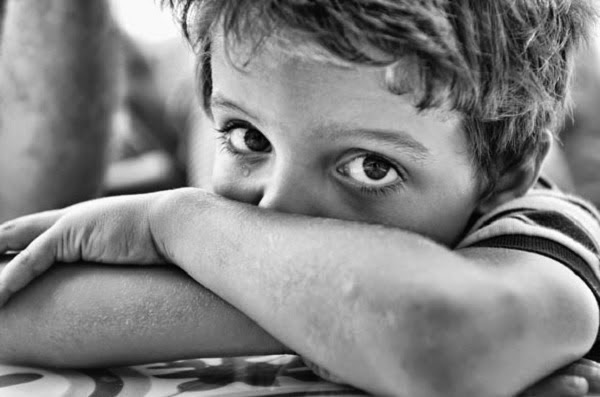 Our mobile phones are as much a part of modern life as bike helmets, credit card agreements, cigarettes, air bags, medical drugs and other devices. But these all come with clear warnings. These warnings have increased consumer safety and furthered the consumer’s right to know about the products purchased.
Warnings are good for everyone. For the consumer, they say, Hey, I told you so, so don’t come back to me, the manufacturer, and say I didn’t tell you. We warned you, loud and clear, should any problems develop later.
Sometimes we need to get tough as a society to do what is right for public health. That’s because where warnings are accompanied by enforceable laws, they can fundamentally change behavior.
The stats show us fewer kids today smoke tobacco than ever before. But we’ve done a great job of education there. Now what about escalating brain cancer rates and cell phone usage?
I am an epidemiologist. I study disease and what causes it. We’ve had escalating brain cancer rates in the population that science shows are not only associated with cell phone usage but also how and why this is happening. The evidence clearly shows people who hold the phones too long and close to their body tend to have a higher rate of this cancer. Do we want to let our children be imperiled with more and more cancers of the brain or testicles?
The warnings for users are hidden. They’re not up front. There’s no education on the topic. Would you or your kids cook without at least one lesson on what it means to pick up a hot plate without protection? Send them down the slope without a ski lesson or two?
Yet Apple’s iPhone 5 warnings on thin paper package inserts that advise safe distances for using phones have disappeared. If you want information about radiation safety and the iPhone, you can read the online product safety notice. As if, with today’s five-second attention span pace we live in, so many people will.
I did, being who I am. I did everything asked; five clicks later text pops up: iPhone has been tested and meets applicable limits for RadioFrequency (RF) exposure.
“These warnings have increased consumer safety and furthered the consumer’s right to know about the products purchased.”
What’s missing altogether is a previous statement that explains phones carried in pockets exceed the Federal Communications Commission exposure guidelines: “Warning: iPhone’s SAR measurement may exceed the FCC exposure guidelines for body-worn operation if positioned less than 15 mm (5/8 inch) from the body (e.g., when carrying iPhone in your pocket).”
In fact, commercials for cell phones that fill our airwaves, newspapers and magazines routinely feature young children happily chatting with their phones held smack up against their bodies and brains, and iPads plopped directly over young gonads. It may well be legal for companies to sell devices that cannot be used safely in the ways they are advertised, but it is certainly immoral to do so without a real public education campaign.
The point is, you don’t want this cancer. No one does. It kills you. But United States cell phone companies hide facts that could affect your health in a profound manner.
Growing numbers of national authorities, including Israel, France, India, Switzerland and Russia, are making concerted efforts to promote awareness of the need to practice “safe phone” etiquette. I know. I work with some of these governments and non-governmental organizations.
The proliferation of wireless gadgets overlooks a critical health issue—non-ionizing microwave radiation from cell phones at levels that do not induce measurable changes in temperature can change and damage the brain and sperm of experimental animals, as I have noted in many of my previous articles.
I noted in another recent article in the November 2012 issue of San Francisco Medicine, “A cell phone is a two-way microwave radio with intermittent and destabilizing pulses, unlike microwave ovens that steadily operate at the same frequencies at much greater power. The weak and erratic microwave radiation from cell phones and tablets cannot directly break the bonds that hold molecules together, but it does disrupt DNA, weaken the brain’s protective barrier, and release highly reactive and damaging free radicals.
“A five-year-old’s brain, healthy or otherwise, is encased in a thinner skull and contains more fluid than an adult brain. According to studies carried out by industry modelers in Switzerland and France, the bone marrow of a child’s head absorbs 10 times more radiation than that of an adult, while that of infants and toddlers will absorb even more. Few parents realize that infant apps such as One Fish Two Fish, Peekaboo Farm, and Twinkle Twinkle Little Star may do much more than amuse and distract babies. The American Academy of Pediatrics cautions that children need more real face-time than screen time—more laps than apps—and the group has written to the FCC supporting the need to revamp standards to recognize the growing use of these devices by infants and toddlers. Most disconcerting are findings from Nesrin Seyhan, the 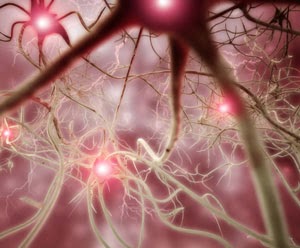 “A five-year-old’s brain, healthy or otherwise, is encased in a thinner skull and contains more fluid than an adult brain.”
NATO-supported founding chairman of the Biophysics Department at Gazi University in Ankara, Turkey, whose controlled studies show that prenatally exposed rats and rabbits have fewer brain cells—and those that survive sustain more damage to their brains, livers, reproductive systems and eyes. Recent reports from Yale University’s chief of obstetrics and gynecology, Hugh Taylor, found that prenatal exposure significantly increased hyperactive behavior in offspring and altered brain chemistry. Other research carried out by renowned National Institute of Drug Abuse Director Nora Volkow, MD, PhD, finds that just 50 minutes of exposure to cell phone radiation in adult males directly alters the production of glucose— the brain’s main fuel. Experimental work completed by American, Australian, Greek, and Turkish teams working with experts in male reproductive health has reported that cell phone-radiation-exposed human sperm die three times faster, swim significantly more poorly, become more deformed, and develop significantly more damage to sperm DNA.
How is this possible? After all, headlines have repeatedly assured us that there’s little to worry about, because we do not face an epidemic of brain cancer—yet. In fact, the brain cancer story remains complex, because the disease has a long latency—up to four decades—and because past uses and users differ radically from current ones. But evidence on dangers to pregnancy and reproduction from cell phone use are mounting. Of course, not all studies find results, but those that do—especially recent efforts at Yale and the Cleveland Clinic—cannot simply be ignored because others do not find similar results.
It’s time somebody working for the telecommunications industry told the truth. The way most people use cell phones next to their brains and bodies violates the FCC standards. Manufacturers have an obligation to identify and reduce risks and to design phones that can be safely held next to the body. If they do so, our children and grandchildren will not look back on us in shock at the disconnect between what science told us about microwave radiation from cell phones and how we used to use them, but with gratitude that we took simple steps to protect them. Stop hiding behind fine print legalese buried on websites and tell people what they have the right to know.

When It Comes To Using Electronic Devices, Remember:

• Distance is your friend.• Don’t hold a cell phone directly up to your head. Use a headset or speakerphone to talk on the phone, or a nonmetal case that has been independently tested to reduce radiation up to 90 percent.• Pregnant women should keep cell phones away from their abdomens, and men who wish to become fathers should never keep activated phones in their pockets.• Don’t allow children to play with or use your cell phone. Older children should use a headset or speakerphone when talking on a cell phone.• Do not text and drive, and use specially adapted antennas for cars to avoid absorbing maximum power as the phone moves from one cell system to another.• Turn off your wireless router at night to minimize exposure to radiation.• Eat green vegetables and get a good night’s sleep in a dark room to enhance natural repair of DNA that may have been damaged by cell phone use.
Source: ehtrust.org
Posted by Unknown at 7:20 AM