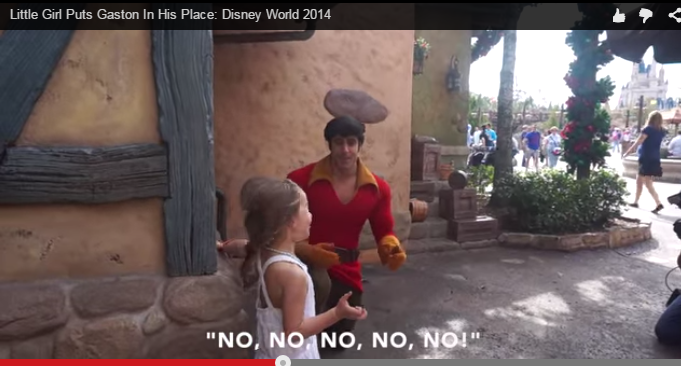 During a trip to Disney World, a funny little girl named Isabella opted to tell off a nearby Disney villain. Beauty and the Beast villain Gaston became rude to park attendees, and Isabella hadenough.
The park actor, staying in character as the overly rude villain, then pulled out a few sexist quips, saying, "I don't know where this girl came from, but somebody needs to put her back in the kitchen where she belongs right now." That's when the little girl puts him in his place by telling him he'll "never, ever, ever, ever" marry Belle.
The adorable exchange was captured by a bystander and recently went viral.

I have a lot of respect for character actors at Disney World, since they're able to stay in character like this for 8 hours a day. Making the characters feel this real for kids is what makes Disney so special.
Posted by Unknown at 6:58 AM