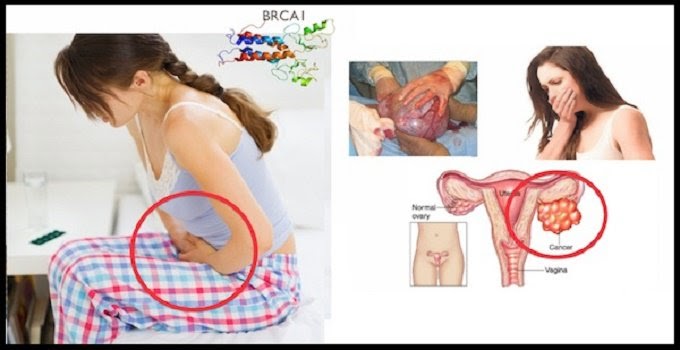 Via: positivemed.com
It is health that is real wealth and not pieces of gold and silver. ~Mahatma Gandhi
Ovarian cancer is a type of cancer that begins in the ovaries. People typically have two ovaries, one on each side of the uterus. The ovaries, each about the size of an almond, produce eggs (ova) as well as the hormones estrogen, progesterone, and testosterone.
Ovarian cancer often goes undetected until it has spread within the pelvis and abdomen. At this late stage, ovarian cancer is difficult to treat and is often fatal.
Ovarian cancer treatments are available. Researchers are studying ways to improve ovarian cancer treatment and looking into ways to detect ovarian cancer at an earlier stage, when a cure is more likely. 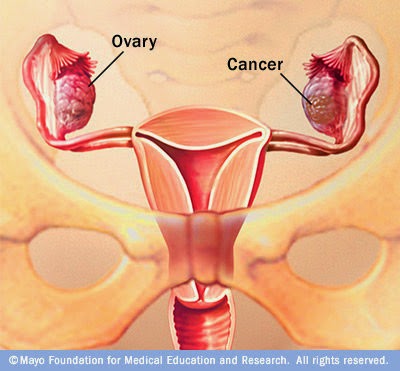 It’s not clear what causes ovarian cancer. In general, cancer begins when healthy cells acquire a genetic mutation that turns normal cells into abnormal cells. Healthy cells grow and multiply at a set rate, eventually dying at a set time. Cancer cells grow and multiply out of control, and they don’t die when they should.
As abnormal cells accumulate, they form a mass (tumor). Cancer cells invade nearby tissues and can break off from an initial tumor to spread elsewhere in the body (metastasize).
Symptoms of ovarian cancer are not specific to the disease, and they often mimic those of many other more-common conditions, including digestive problems.
Signs and symptoms of ovarian cancer may include: 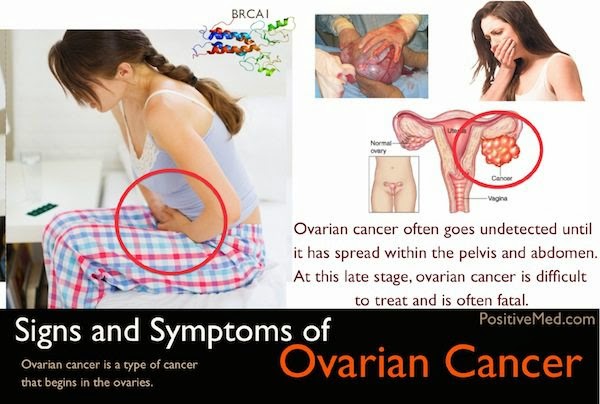