Home » »Unlabelled » I Was Completely Blown Away Once I Realized What This Image Really Was, Wow!

I Was Completely Blown Away Once I Realized What This Image Really Was, Wow! 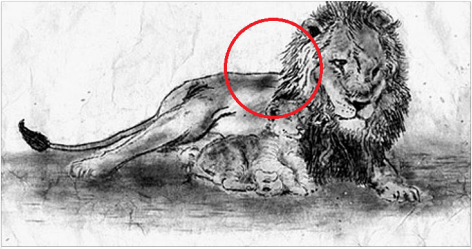 Upon first seeing this image I thought it a created using a pencil.  However, once I realized the truth of how it was really made, I was totally amazed by it.  Keep reading below to find out the story:
The person who created this image is Paul Smith who was born in the 1920s with cerebral palsy, which greatly affected his brain and hence mental and motor functions.  As a result, he had extreme difficulty to talk or even move around.   In those day, being diagnosed with such a serious disease meant a very short lived, and unproductive life.  He was never taught to read, and was illiterate.   Although things looked very grim for him, at the age of 16 he learned to speak, and when his age doubled to 32, he learned to do something that’s normal for us, but astonishing in the realm of science for those with his condition: he learned to walk.   This is not the end of the story.  There was something very fascinating about Paul.
When he turned 11, he started to create peculiar paintings using just 10 symbols from a typewriter.  You will NOT believe what you are going to see in this video…. it is truly something you see once in a life time.  Absolutely astonishing!