Devastated Mom Warns Others About This Swimming Pool Danger 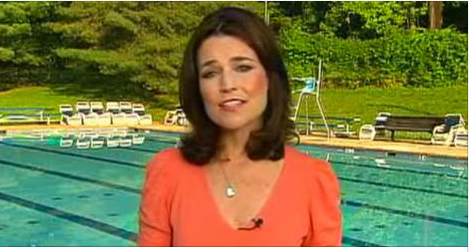 D
uring the hot summer months, it’s hard for anyone to turn down a nice dip in a cool pool.
However, more fun in the sun also usually means we need to take extra precautions to play it safe. Every parent knows how important it is to never leave little kids alone near a pool’s edge in case of a drowning accident like the one in this nearly tragic story. What most parents don’t know is that the dangers of swimming in a pool don’t end when you get out of the water and dry off.
Even when a lifeguard is keeping safe watch over a pool (like the hero in this recent viral video), that’s not always enough — as one mother unfortunately learned the hard way. Cassandra Jackson of South Carolina is devastated after losing her son after taking him for his first swim in a nearby pool. The thing is that Jackson kept close watch over her son Johnny the entire time he was in the pool. It wasn’t until after Johnny walked home with his mom and wanted to take an afternoon nap that Jackson realized something was terribly wrong.
The 10-year-old died from “dry drowning,” or “secondary drowning”: a freak accident that is quite rare, but usually deadly. It happens when a person, usually someone small like a child, ingests too much water and it gets into their lungs, causing a delayed pneumonia.
Experts say parents don’t need to be worried if a child coughs or spits up a little water after swallowing too much. It’s when someone has difficulty breathing and coughing a lot, at least an hour after swimming that something might seriously be wrong.
Please don’t ignore these warning signs and help keep everyone safe this summer — SHARE this video on your Facebook page!