Home » »Unlabelled » The parents hold their 3 dead children on their laps. One year later they have them in their arms again.

The parents hold their 3 dead children on their laps. One year later they have them in their arms again.

Credits: http://www.hefty.co
It is just one moment that destroys her entire life. But just one year later not one, but three miracles happen.
Little Kyle was celebrating his 5th birthday. Together with his sisters (4-year-old Emma and 2-year-old Katie), his mother Lori, and grandma Cindy, they all drove to the fair. Kyle especially enjoyed the ferris wheel and the petting zoo. They were all having a terrific time. As it became time for their afternoon nap, they were all loaded into the minivan so that they could make their way home. But they hit a traffic jam. Lori turned around to her youngest daughter and tickled her tenderly on her foot. It’d be the last time that she saw her daughter laugh. 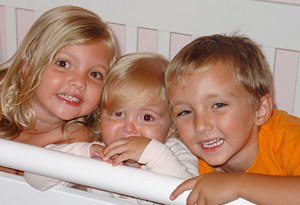 Suddenly their minivan is rammed by a truck. Without braking, he speeds into the car. Mother and grandmother are immediately knocked out. The children in the backseat are so badly hurt that they must immediately be rushed to the hospital. 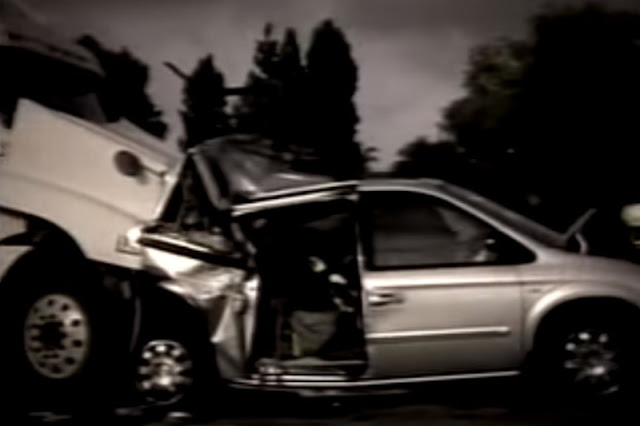 When Chris, the father, receives the call he rushes to the hospital. But he arrives too late. Both of his little daughters are dead. The parents still hold hope for Kyle. But he is so badly injured that he has no chance of survival. Heavy-heartedly, they must turn off his life-support machine. Together with his wife, Chris sits on his son’s bed until Kyle breathes his last breath. “I held my hand on his chest until his heart stopped beating,” tells Chris. “Then he was gone.” 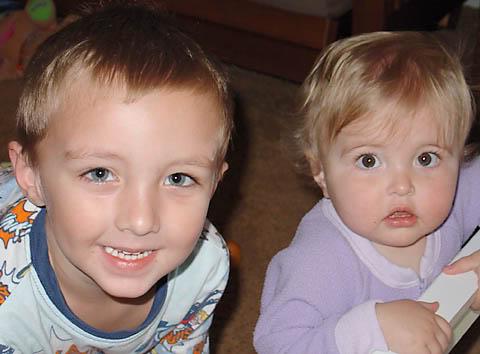 Their loss only becomes readily apparent when they see Kyle, Katie, and Emma one last time before the funeral. They lay the 3 little ones in children’s coffins. 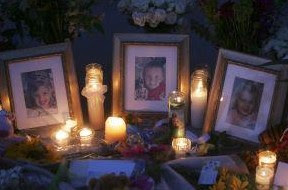 (Article continues below)
The pain is almost unbearable. Lori and Chris live in a neighborhood with many children. Every time that they hear their cheerful laughing, they close the windows and crawl into the back part of their house. On Halloween they go out of town so that they do not have to see all the children that ring their doorbell. It breaks their heart. 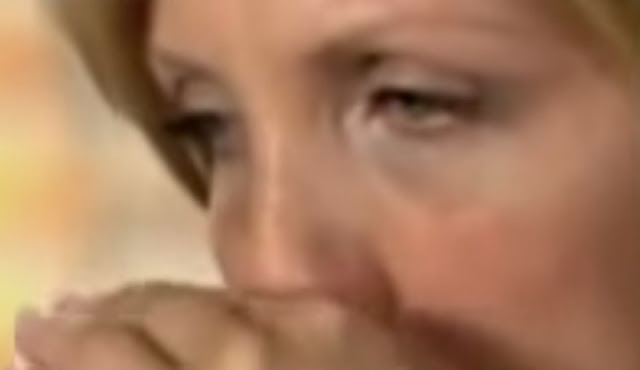 But the parents make a pact together: they will not kill themselves. Even if it seems like a viable alternative on some days. “At a certain point you just want to break through the grief. You want to take your life because you think that you’ll be with your kids again,” confesses Chris. “But we promised to never leave each other.” 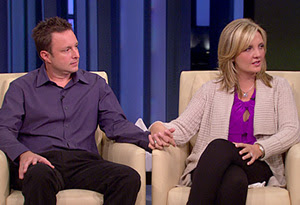 And they decided on much more: 3 months after the accident Chris and Lori decided that they wanted to have more children. “We always described ourselves at that point as parents without children,” tells Chris. They did not want to live that way any longer. So they undertook an artificial fertilization. Two girls and one boy were the result. Just like Emma, Katie, and Kyle. They actually wanted just one child, but they saw the fertilized egg cells and immediately recognized it as a sign. 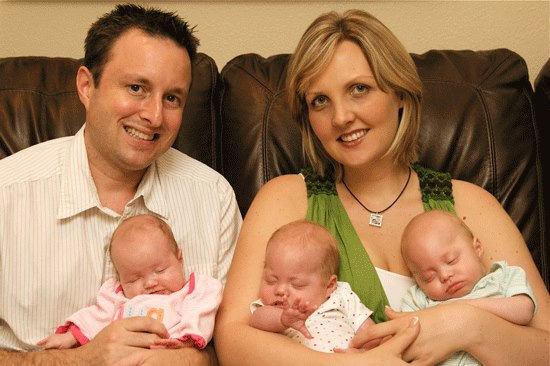 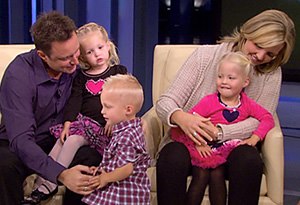 The triplets know that before they were born they had 3 other siblings. Their pictures hang everywhere in the house and their parents talk about them often. They even go to the cemetery together to have picnics. Here the entire family is together. Because Kyle, Emma, and Katie should never be forgotten. 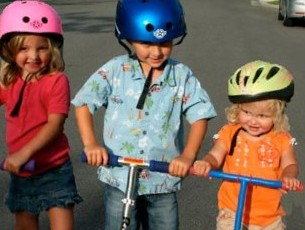 The tragic story of these three siblings really reduces one to tears. The wounds that the parents bear in their hearts will never completely heal. But thanks to the birth of their triplets their lives are worth living again. Share this story when the Coble family’s loss and their triplet miracle has touched you just as much as it did me.
Don't Ignore to Share This Amazing Story!
Share This Story