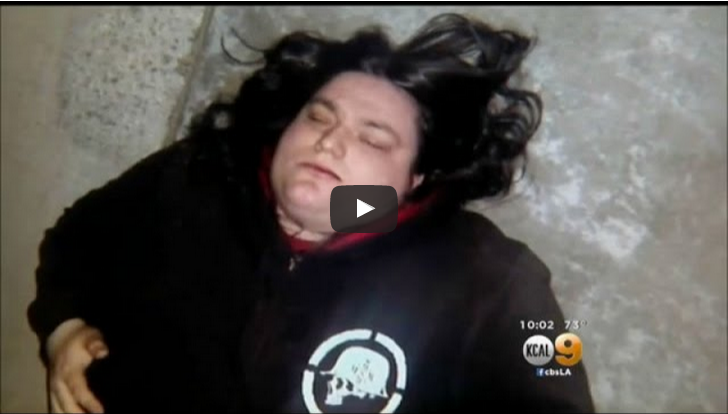 Tim LeBlanc of Riverside County, California, awoke early on June 29 to find that his 12-year-old daughter was not at home. LeBlanc told Crystal Cruz of KCAL 9that he was making rounds at his home at 2 a.m. when he discovered that his daughter was not in her room. LeBlanc, a father of five, is often up at all hours of the night due to insomnia. On this particular night, he discovered his daughter's window was open three inches and the screen was off. After awaking the rest of the house, LeBlanc and his son immediately left the house and began to search the neighborhood.

LeBlanc spotted his daughter. Just a couple streets away the 12 year old was getting into an unknown vehicle of a man that the father didn't recognize. In an interview with Jane Yamamoto from NCB4 news, LeBlanc said his daughter had met the Scott Stilwell, a 27 year old from San Diego, on a social media site called Kik where the man had posed as a 16 year old. According to LeBlanc, Stilwell reportedly got the daughter to leave her house through giving her a number of gifts. When LeBlanc caught up to them at Stilwell's car, he put a stop to the attempted kidnapping at once.  According to Cruz, LeBlanc subdued the suspect, knocked him to the ground, and snapped a picture of him as LeBlanc waited for the authorities to arrive.

LeBlanc firmly believed that if he hadn't been there to stop the act, he may have lost his daughter. Something to note, the father had already taken precautions to prevent something like this from happening. In an interview with Valley News, he told a reporter that although his daughter has a phone, it is inactive and can only be used to make an emergency call. Kids are good at finding ways around the systems, and NCB4 reported that the daughter had connected to the neighbor's open Wi-Fi network in order to access Kik, a popular messaging app.

LeBlanc stressed the importance of parents talking with their children about the dangers of social media. He later posted the story and picture of Stilwell to the CBS Los Angeles Facebook page to raise awareness about the issue, and perhaps, to instill a bit of fear in parents.

You can watch the news report below.