Home » »Unlabelled » The Paris Attacks: What You Really Need to Know

The Paris Attacks: What You Really Need to Know 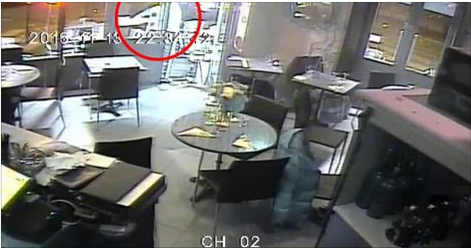 In the late hours of Friday the 13th, 2015, a half a dozen locations in Paris have suffered a series of coordinated attacks by the Islamic State (IS), as recently disclosed in a statement by these radical extremists. Reports are that 129 people have been killed, with over 300 who have been injured. Eight “terrorists” have also been allegedly killed in action, most of which were suicide bombers.
The majority of the deaths occurred at the Bataclan concert hall in the city’s East, which was a packed gig by the band “Eagles of Death Metal”. The band escaped unharmed before a ten minute massacre ensued; this was reported to be led by men wielding AK47s and explosive devices.
There were also tens of people killed in separate orchestrations across the city, including bombs set off at a sports stadium and bar, as well as a shootout at a restaurant. All up it is reported that six locations were targeted which purposely terrorized the mind-state of France, as well as the rest of the world.
The entire city was put onto alert and a total lock-down was authorized to minimize the likelihood of any further “bloodbaths”, as well as open efforts to identify any attackers that had potentially fled the scenes. It is not known if this series of events will continue in France, or even other nations, in the short-term future.
The French President, François Hollande, also locked down the country by declaring a ‘state of emergency’ and originally closing its borders. This is the first time a mandatory curfew has happened in France since 1944. Essentially, it’s martial law.
IS has officially taken ownership of this attack, who of course have been proven to befunded and reinforced by the shadow government. This begs the question: are the Paris attacks another false flag event, as the Charlie Hebdo incident in January of 2015 issuspected to be?
The concern from the conscious community – who have woken up to the reality that shadow power moguls have infiltrated our governments, media and international bodies with the agenda of instituting a one world government – is that the latest Paris attacks are purposely designed and implemented to further their aim. Regardless if this is a solo demonstration by radical extremists or not, it certainly helps to push the plan for an international alliance, or one world government.
Aspects of the increasing exposure of the ‘New World Order‘ mission include:

RIP All Past, Present and Future Victims of this Shadow Charade

It’s an absolute tragedy that so many innocent people were lost in Paris over the weekend. Whilst we celebrate their lives, we should also pay respect to the thousands of our fellow man killed every day in war- and ideological-torn nations all over the globe, particularly in Africa and the Middle East. In addition, the innocent lives that will be lost in ‘response’ to these ‘terrorist attacks’ should not escape our compassion either.
That’s why the question “could this be a false flag event?” is so important to ask. It might be or it might not. In any case, it’s a good reminder that this is exactly what the shadow government wants because it plays into their narrative of a much needed globally coordinated war on terror.
To reiterate, as all of us should know by now, Al Qaeda and IS have been funded and assisted by the shadow players that are attempting to institute a global governance. That is of course why all this is welcomed assistance to institute a centuries-old plan of a one world government, one in which they secure impenetrable control of the world’s resources and affairs.
The migrant crisis in Europe is of course a purposely designed strategy of this power structure which has infiltrated Western Governments and taken control of the global central banking system, as well as bought out the matrix-media. Not only are they attempting to take control of the power, money and resources of the Middle East, but they also knew that when they destabilized the region and ensured that many asylum seekers would be fleeing for their lives, that a shitload of radical extremists would use it as an opportunity to enter into Europe and inflict their message.
This is what we’ve just experienced in Paris, regardless if just like 911, it was a direct operation of this shadow government or not.


If it was an orchestrated false flag, then we should ask: why France? Important information to consider is that they will potentially refuse to sign the TTIP, which is a big no-no as it’s a legal precursor to a global legal framework that ensures a corporate and elitist monopolization of the world’s resources (whilst at the same time restricting personal and community liberty).
They are also in the process of recognizing Palestine as a sovereign state, which of course undermines the efforts of the Israeli agenda. Their Prime Minister, Benjamin Netanyahu, warned that it would be a “grave mistake” if they did so. Furthermore, an elite banking dynasty is “facing fraud charges in France” for breaching tax law.
These may or may not be coincidences; however, they’re important to note as they’re all counter to the whims of the shadow players.
Ultimately, we need to dig below the surface of “terrorist attacks”. This is all part of a design and we should capitalize on it as a vehicle to educate people on the real geopolitical and elitist agendas that are purposely omitted from the matrix-media narratives that manipulate and brainwash the collective consciousness of our people. Unfortunately, this is one deplorable part of the reality of humanity.
*RIP all victims of this disgraceful shadow government and its associated terrorist groups.*

My thoughts are not just with the families who are effected by the events in Paris, but also those who have and will suffer in the short and long term future because of the escalating war on our planet. We should say NO to war, in all forms, as well as NO to the aristocratic class who secretly govern our affairs, whilst hiding in plain sight.
We need real change in our society, not the perpetuation of dying systems and outdated ideologies by a ruling class that we haven’t elected to govern. For further information, follow the below links and watch the embedded video from ‘The Conscious Society‘ YouTube Channel.