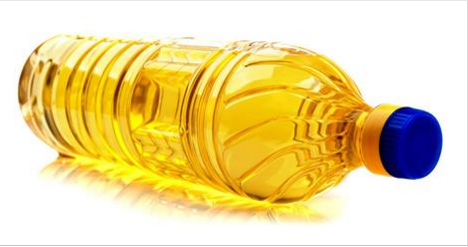 Olive oil comes from olive, peanut oil comes from peanuts, coconut oil comes from coconuts and canola oil comes from rapeseed. Canola is a hybrid name that stands for Canadian oil, since it is grown, processed, and exported mostly from Canada. Contrary to what you might have heard, there are several reasons to avoid canola oil. Unfortunately, clever marketing and persuasive advertising campaigns have successfully managed to convince countless millions that canola oil is actually a healthy option when it comes to cooking. It’s also used in many different foods, and especially in things like margarine and processed foods.

#1 – Insecticides Are Bad For Your Health

Okay, I know what you’re probably thinking: Farmers all over the world spray their crops with pesticides, so what’s the big deal if they spray their canola crops as well. Well, first and foremost, my advice would be to stay as far away as possible from any foods that have been sprayed. Nonetheless, that’s not really what I’m getting at right now. What I’m actually saying is that canola oil itself is a remarkably good pesticide. In fact, it’s the key ingredient in many “non-chemical” pesticides.

#2 – Almost All Canola Oil Is Produced From Genetically Modified Crops

Genetically modified foods are as controversial today as they’ve ever been. These days, genetic modification has made it possible for farmers to grow significantly more produce than ever before. Considering that the world’s population continues to increase year on year, many believe that modified crops will help us to avoid a potential food shortage in the future, but again, this is debatable.
Anyway, I’m not going to into all that right now, but I will say that I do everything in my power to avoid eating genetically modified foods. For me, this is one of the reasons to avoid canola oil. After all, more than 90% of all canola oil is produced from genetically engineered crops. So, would I use canola oil made from the 10% of crops that haven’t been modified? Definitely not, but I’ll explain why a bit later after we’ve looked at the third reason why it’s best to stay away from this oil.

All cooking oils, other than “cold pressed” or “extra virgin” are refined. This process typically includes degumming; bleaching and deodorizing. It also involves high temperatures and/or the use of some pretty nasty chemicals. Even if we choose to ignore the chemicals, we cannot escape the fact that the refining process causes the oil to become hydrogenated oil that contains health destroying trans fatty acids. Coincidentally, trans fatty acids are extremely harmful to cardiovascular health.
Okay, now that we’ve looked at three reasons to avoid canola oil, let’s take a closer look at this oil in general:

What Is Canola Oil?

The oil we get from grape seeds is obviously grape seed oil; the oil we get from corn is corn oil, so surely canola oil must come from canola seeds? Well, not quite, because there’s no such thing as a canola seed, at least not here on planet earth. Canola oil actually comes from rapeseed, and in the past it was simply known as rapeseed oil. At that stage, rapeseed oil was not used in the food industry. Instead, it was primarily used as a lubricant in the industrial sector.
Somewhere further down the line, it did start finding its way into the food chain, but because it is so toxic, the US Food and Drug Administration (FDA) intervened and officially banned it in 1956, stating that it was unsafe for human consumption due to its high levels of erucic acid.

By the 1970s growers had found a way to genetically modify rapeseed, which in turn allowed them to produce oil with less erucic acid. With reduced erucic acid, the oil was deemed safe for human consumption, and was originally sold as “Rape Oil” or “LEAR Oil” (Low Erucic Acid Rape) However, for marketing reasons the name was later changed to Canola Oil.
While genetic modification was successful at lowering the erucic acid content, it also increased the amount of oleic acid, and this was once again a serious cause for concern because oleic acid has been linked to a number of health concerns, including the following:

In 2011 a review of 19 different studies that involved mammals being fed genetically modified soy and corn for a period of 90 days, found that GMO foods can disrupt kidney and liver function. The review which was published in “Environmental Studies Europe” and it states that in the trials mentioned, kidney function was reduced by 43.5% while liver function was reduced by 30.8%. Do you really want to put your health at this sort of a risk?
In a nutshell, healthy living and canola oil simply don’t go well together. There are far better options available, including organic extra virgin olive oil; organic cold pressed coconut oil; butter or ghee coming from pastured cattle and etc. Need any more reasons to avoid canola oil? If you would like to find more reasons, then I would seriously recommend doing a few Google searches. I guarantee you, you’ll soon be avoiding canola oil as if it were the plague.
Original Source: Healthy Holistic Living
Posted by Unknown at 2:05 AM