Home » »Unlabelled » Statin Scam Exposed: Cholesterol Drugs Cause Rapid Aging, Brain Damage, and Diabetes(here is what to use instead)

Statin Scam Exposed: Cholesterol Drugs Cause Rapid Aging, Brain Damage, and Diabetes(here is what to use instead) 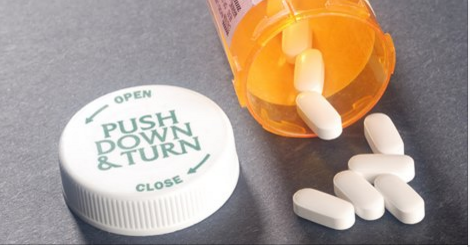 Millions of people are taking cholesterol-lowering drugs known as statins to lower their cholesterol. It’s a 29 billion dollar industry that had most of us fooled completely. Doctors prescribe these statin drugs regularly against heart attack, stroke, inflammation and other health ailments. However, despite their incredible popularity, cholesterol lowering drugs failed to prevent heart attack and stroke. Instead, they can cause cancer and other serious health problems.
In the new documentary film $29 Billion Reasons to Lie About Cholesterol, Justin Smith states,

Well-designed studies have shown the link between cholesterol-lowering drug use and cancer.
In the  Journal of the American Medical Association in 1996 stated:

All members of the two most popular classes of lipid-lowering drugs (the fibrates and the statins) cause cancer in rodents, in some cases at levels of animal exposure close to those prescribed to humans. … Longer-term clinical trials and careful postmarketing surveillance during the next several decades are needed to determine whether cholesterol-lowering drugs cause cancer in humans. In the meantime, the results of experiments in animals and humans suggest that lipid-lowering drug treatment, especially with the fibrates and statins, should be avoided except in patients at high short-term risk of coronary heart disease.

Additionally, according to a 2011 study published in the journal Prostate, men who take statin drugs of any kind are significantly more prone to developing prostate cancer compared to other men.  Compared to men who have never taken a statin drug, statin users were found to have a much as an 86 percent increased risk of developing prostate cancer.

Cholesterol does not cause heart disease. Cholesterol is essential and crucial for a wide variety of vital functions in your body.


Dr. Stephen Sinatra, a board certified cardiologist and a prominent expert in the field of natural cardiology, explained in a recent interview:

“Let’s face it, cholesterol is something your body needs. If you look at theMRFIT study [Multiple Risk Factor Intervention Trial] where they looked at 180,000 men over a period of… 13 years (1973-80); men with cholesterol of 330 had less hemorrhagic stroke than men with cholesterol less than 180. If you look at cholesterol numbers, the higher cholesterol number would give you protection from hemorrhagic stroke. (I’m not talking about ischemic stroke now but hemorrhagic stroke.)
… [W]e need cholesterol in our skin to activate vitamin D3 from sunlight.  We need cholesterol to make our sex hormones… to make our adrenal hormones.  We need it for lubrication.  We need it for neurotransmitter function in the brain. When LDL is driven too low, it’s no wonder that a lot of patients develop memory problems or pre-Alzheimer’s, or even total global amnesia, which is really losing one’s memory.  It’s very frightful and I have seen several cases.… There are so many other aspects that in my mind play a much bigger role that I put cholesterol down at the low end of the spectrum.”

How to Lower “Bad” Cholesterol Naturally

Fortunately, there are simple strategies that can help you regulate your cholesterol.  Besides eating healthy and excising regularly, you can add these things to your daily regime:
source    livingtraditionally.com
Posted by Unknown at 5:57 AM