What You Are Not Being Told About The Zika Virus 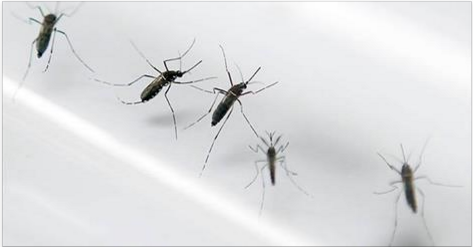 The establishment mainstream media continue to parrot the same hysteria regarding the Zika virus – that it’s causing birth defects – but there is so much information intentionally being left out. The mainstream media’s false narrative is causing the public to fear a benign, asymptomatic viral infection, as the true origins of birth defects and brain damage go unstudied. Also, the mainstream media fails to tell the whole story of why Zika has become such a big problem in Brazil in recent years and how the outbreak is connected to the release of genetically modified mosquitoes in 2012.
Why is Zika being blamed for birth defects?
As Zika becomes the newest health scare, health authorities are urging women to delay pregnancy. News reports are multiplying the scare tactics, warning people not to travel or procreate. Pictures of babies with shrunken heads and small brains are flashed across the screen as Zika virus is blamed for causing a record number of birth defects called microcephaly.
The birth defect is real, with affected newborns’ heads measuring 32 centimeters or less in circumference, but the causes are not fully understood. The causes are varied and more likely resemble chemical toxicity, vaccine damage, pesticide exposure and drug interactions.
Of the initial 4,180 suspected cases of microcephaly, only 270 cases have been confirmed by Brazil’s Health Ministry as actual microcephaly. Of the 270 cases, medical researchers could only correlate six cases of microcephaly to the Zika virus. This means 264 confirmed microcephaly cases didn’t even show a trace of Zika virus! So why is Zika virus being blamed for the birth defect?
Is Zika a bio-weapon?
Zika was first isolated in 1947 by scientists working for the Rockefeller Foundation. Zika was “discovered” in a rhesus monkey that was being held in captivity. Many people still wonder if Zika was created in the lab for experimental purposes.
For decades, Zika transmission was extremely rare. The virus didn’t start spreading until after 2012 – right after the biotech company Oxitec released genetically modified mosquitoes en masse in Brazil. Zika outbreaks quickly exploded from sites where genetically modified mosquitoes were released to combat dengue. Zika has now spread to 21 other countries and territories.
What’s appalling is that Zika virus (ATCC® VR-84™) can be purchased from ATCC labs. It was deposited by Dr. Jordi Casals-Ariet of the Rockefeller Foundation and sourced from the blood of an experimental forest sentinel rhesus monkey from Uganda in 1947.
The question remains: Is Zika virus a bio-weapon, intentionally released via genetically modified mosquito? Perhaps it wasn’t intentionally released but instead was an unintended consequence of releasing GM mosquitoes into the environment to eradicate dengue. Maybe this Zika strain is a resistant, mutant viral strain – the evolution of a mosquito-borne virus caused by a biotech experiment gone bad?
The most likely cause behind the spike in Brazilian infant birth defects
In the wake of Zika’s spread, Brazil is now mobilizing 220,000 soldiers to try and eradicate mosquitoes that carry the Zika virus. This means that tons of insecticide will be sprayed in and around homes, further exposing pregnant women and young children to brain-damaging chemicals.
In 2014, the Brazilian Minister of Health mandated that all expectant mothers receive the new Tdap vaccine. This meant that, at 20 weeks gestation, a vulnerable, developing young life would be exposed to aluminum adjuvant, mercury preservative, formaldehyde, antibiotics and a host of other chemicals that could damage a fetus’s developing brain. It’s no coincidence that birth defects have spiked in Brazil because of the toxic elements that fetuses have been exposed to.
It’s also very obvious why Zika is being blamed for the birth defects. The biotech industry is using Zika virus to cover up three science experiments that have gone bad (Tdap vaccines, insecticides, GM mosquitoes). In this way, nature can be blamed, more insecticides and vaccines can be sold, and more GM mosquitoes can be released. The public is taught to fear nature even more and stop reproducing.
Don’t buy into the propaganda!
Sources
www.conspiracyclub.co
Posted by Unknown at 7:58 AM