Home » »Unlabelled » THIS Type of RAW HONEY Kills Every Kind of Bacteria Scientists Could Throw At It (Even the Super-Bugs!)

THIS Type of RAW HONEY Kills Every Kind of Bacteria Scientists Could Throw At It (Even the Super-Bugs!) 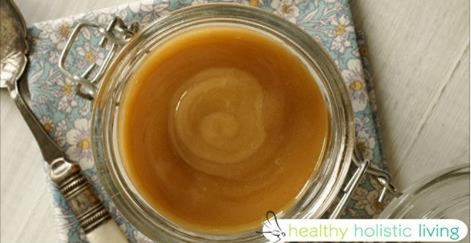 Here at Healthy Holistic Living, we search the web for health content to share with you. This article was shared with permission from our friends at AltHealthWorks.com
The health benefits of raw, unprocessed honey are well known, but in Australia, scientists recently made a startling discovery – that one particular, obscure type of honey is capable of killing just about everything scientists throw at it, including some of the worst bacteria known to man.
The findings were published in the European Journal of Clinical Microbiology and Infectious Diseases (June 2009 edition), and could hold special significance at a time when many of the world’s top antibiotics are failing, especially against resistant “superbugs.”
The honey in question is known as manuka honey, which is produced in New Zealand and also goes by the name of jelly bush honey.
The honey has become so popular in the past few years that shortages have been reported and fake products have been sold, leading New Zealand manuka producers to seek trademark protection (similar to French champagne or Scottish whiskey for example). It’s easy to see why now that the secret is out about this honey’s incredible health benefits.
Manuka Honey Kills MRSA, Other Superbugs
Manuka honey is created by bees foraging on the nectar of Leptospermum Scoparium, the New Zealand manuka bush, as well as tea trees native only to Australia and New Zealand.
In the aforementioned studies, Australian researchers found that the honey killed every bacteria or pathogen it was tested on, according to a report by The Australian. The honey can be applied topically to help fight against infections of the skin, cuts and insect bites, or taken internally.

The most exciting difference with the manuka honey that was tested is that none of superbugs killed by the honey were able to build up immunity, a common problem with today’s antibiotics.
“New antibiotics tend to have short shelf lives, as the bacteria they attack quickly become resistant,” said Dr. Dee Carter of the University of Sydney’s School of Molecular and Microbial Biosciences. “Many large pharmaceutical companies have abandoned antibiotic production because of the difficulty of recovering costs. Developing effective alternatives could therefore save many lives.”
According to Dr. Carter the manuka honey contains a compound called methyglyoxal, that combines with other unknown compounds to cause “multi-system failure” that destroys the bacteria.
Where to Find Manuka Honey
Manuka honey is now sold in health food stores and online, although the supply levels have fluctuated in recent years and fake honey scams have been documented. When looking for manuka honey it is best to look for one that is UMF certified.
The term UMF stands for Unique Manuka Factor, which is the phytochemical property derived from the manuka bushes that gives it its unique properties. This term is regulated by the Unique Manuka Factor Honey Association of New Zealand and a handful of certified manuka products can be found on Amazon.com.
The brand Comvita manuka honey is available on Amazon and is UMF certified. One particular customer on Amazon said that it this type of honey helped to erase their MRSA:
I had done a fair amount of research when a friend of ours got MRSA, and then, unfortunately, I got it too., said user JoshuaOne9 on Amazon. Thankfully, I had already done the research so I knew exactly what to do. As soon as I saw the red bump (thinking the first day that it was a mosquito bite) I scratched it, but the second day I realized that it had to be something else. My husband immediately knew what it was since we had been dealing with our friend’s case of MRSA. I got my hands on this Manuka honey and put on the area of skin that was affected and then it is very important that you cover it with a bandaid. Within hours I felt relief and within a few days it was completely gone…
While further research needs to be done, it’s safe to say that manuka honey shows plenty of promise in defeating one of the biggest health challenges faced by humanity in the 21st century, and this research should not be taken lightly.
This article is for informational purposes only and is not intended to treat, diagnose or prevent disease. Consult a licensed naturopathic doctor before making any major changes to your diet or lifestyle.
Posted by Unknown at 7:39 AM