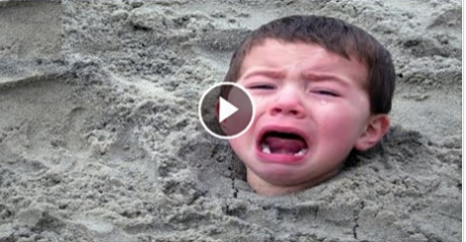 Nobody has doubt about the tyrant activities of Israeli forces in Palestinians around the world. They have started to increase it from the last 10-20 years. In the recent footage you can have the example of Israeli forces’ tyrant activities in which they are burying the Muslims kids alive.
There is no human right organization here to cover such a tyrant activity of Israeli forces. On the other hand, those international human right organizations get activated when they see something in the Muslims countries. They activated when they see wrong in the Asia.
International organizations related to human rights are also not activated when they have cruel activities against Muslims in Burma. They remained calm and enjoy their parties in Europe and America. They only have responsibilities to take actions against Muslims countries. They are not allowed to say something against the countries which are not Muslims.


They are also instructed to take actions against those countries which are not involved in the interest of Europe and America. So you can say international organizations are not for human being they have been made just for their own interests, not for the welfare of the human being.


The process of discrimination had been started from the day first when they came into power but after the 9/11, it got harsh. They started to target Muslims especially and do not want to help them in any case. Same is the case in Palestine, children are dying in numbers but there is no response from all so called organizations.