Man Cured Cancer With 2 Natural Ingredients (And His Doctors Still Don’t Know How!) 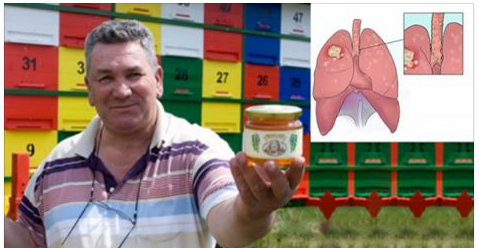 In the case of cancer, chemotherapy is the most common way to treat patients.
However, we are all aware that this therapy damages the body as much as it heals the disease. Consequently, a growing number of cancer patients turn to natural treatments, as they are efficient and safer that the conventional ones.
Furthermore, many people have defeated this deadly disease using these homemade remedies and herbs. Some choose to try treating cancer with turmeric, some cannabis, and others baking soda, but the newest cancer remedy is honey.
Undoubtedly, honey is one of the healthiest foods known to man, and it has been popular due to its remarkable uses throughout the history.
Since ancient times, people used honey for its numerous health benefits, but mostly the reach ones, as it was expensive. The Romans and Greeks used it to strengthen the body and heal wounds. Moreover, explorers have found honey in Tutankhamen’s tomb, which is over 3000 years old!
A man from Zagreb, Croatia, Ante Kresic, was diagnosed with lung cancer 13 years ago, and was given very little time to live.
However, he is a perfectly healthy man today, due to his decision to use completely natural honey for cancer treatment. This method helped him beat cancer, and he is now a beekeeper.
Ante was released from the hospital in April, and he decided that he would try this natural method to cure himself. Therefore, honey was his main cancer therapy.
Only after a few months, he went in the hospital for a regular check- up, and doctors were in a complete shock!
His condition was so improved, that they advised him to continue using honey. By the summer, his cancer was gone.  The blood tests showed no sign of his illness.
As a result of his positive experience, Kresic decided to share his story with the world, and help people in the same or similar health condition.
On the link below you can find his website and find out more about healing with honey:http://www.pcelarstvo-
Posted by Unknown at 10:17 AM