Home » »Unlabelled » All Of A Sudden, Fish Are Dying By The Millions All Over The Planet

All Of A Sudden, Fish Are Dying By The Millions All Over The Planet 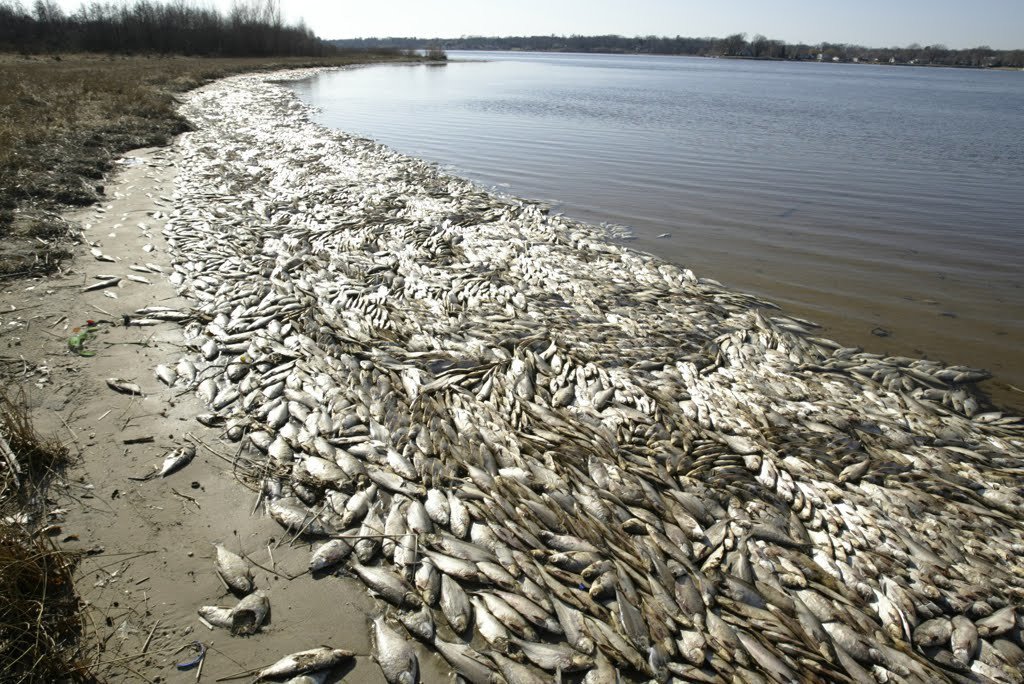 By Michael Snyder via activistpost.com
Why are millions upon millions of dead sea creatures suddenly washing up on beaches all over the world?  It is certainly not unusual for fish and other inhabitants of our oceans to die.  This happens all the time.  But over the past month we have seen a series of extremely alarming mass death incidents all over the planet.  As you will see below, many of these mass death incidents have involved more than 30 tons of fish.  In places such as Chile and Vietnam, it has already gotten to the level where it has started to become a major national crisis.  People see their coastlines absolutely buried in dead sea creatures, and they are starting to freak out.
For example, just check out what is going on in Chile right now.  The following comes from a Smithsonian Magazine article entitled “Why Are Chilean Beaches Covered With Dead Animals?“… 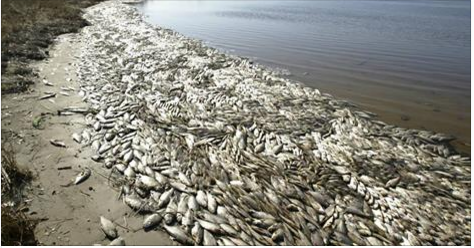 Compared to other countries, Chile is almost all coast, and that geographical fluke means that the country is known for its beautiful beaches. But that reputation may be on the wane thanks to a new sight on Chilean shores: dead animals. Lots of them. Heaps of them, in fact. As Giovanna Fleitas reports for the Agence France-Presse, the South American country’s beaches are covered with piles of dead sea creatures—and scientists are trying to figure out why.
Tales of dead animals washing up on shore are relatively common; after all, the ocean has a weird way of depositing its dead on shore. But Chile’s problem is getting slightly out of hand. As Fleitas writes, recent months have not been kind to the Chilean coast, which has played host to washed-up carcasses of over 300 whales, 8,000 tons of sardines, and nearly 12 percent of the country’s annual salmon catch, to name a few.

Authorities in Chile are scrambling to come up with a reason for why this is happening, but nobody appears to be quite sure what is causing this tsunami of death.
In Vietnam, things are even worse.  At this point, so many dead fish and clams have been washing up along the coast that soldiers have been deployed to bury them…

Millions of fish have washed up dead along a 125-kilometre stretch of the Vietnamese coast in one of the communist country’s worst environmental disasters.
Soldiers have been deployed to bury tonnes of fish, clams and the occasional whale that began dying in early April along the north-central coast, including some popular tourist beaches.
Vietnamese officials facing growing anger over the disaster have not announced the official cause of the deaths, which have affected the livelihoods of tens of thousands of families.

Elsewhere in Asia, there have been similar incidents.  For example, CNN is reporting that one lake in southern China is currently dealing with 35 tons of dead fish…

At least 35 tons of dead fish appeared in a lake in southern China, leaving residents stunned.
The piles of fish washed up in a lake in Hainan province on Wednesday, Chinese state media reported.
Residents expressed concerns on pollution, but local authorities said the fish died as a result of salinity change.

On the other side of the world, similar incidents have also happened in major lakes.  Here is one example from Bolivia…

Thousands of dead fish have washed up onto the shores of a lake in Bolivia.
Just before they died, some of the fish had just hatched from their eggs in lake Alalay, in the central Bolivian city of Cochabamba.
No one yet knows the number of dead fish, but they have stockpiled five cubic metres (177 cubic feet) so far, so it’s possible there is over a tonne of dead fish in the lake.

And here is an example from Brazil…

More than 200 tons of dead fish were removed from the Furnas Lake on Sunday (1st) in Alfenas (MG). According to the Military Police of the Environment, both fish raised in ponds, networks and those who are released, all of the tilapia species in the lake were affected. The damage to the psicultores is estimated at around R $ 900 thousand.

I could go on and on all day with examples such as these.
Just within the last month, 40 tons of fish died in India, 65 tons of fish died in Cambodia, 70 tons of fish died in Colombia, and millions of fish “suddenly died” in Indonesia.
So why is this happening?
I don’t know.
Could it be possible that these mass deaths are somehow related to the alarming earth changes that we see happening all around us?
Without a doubt, we have seen a dramatic rise in seismic activity during the early portions of 2016.  There has been a series of very destructive earthquakes around the world in recent months, and once dormant volcanoes are coming to life all over the globe with distressing regularity.
Of course humanity has done much to destroy the planet as well, and we continue to deal with the aftermath of the Fukushima nuclear disaster.  I do think that it is very interesting to note that most of these mass fish deaths have happened in nations that border the Pacific Ocean.
I am certainly not claiming to have an answer for why so many fish are dying.  All I know is that millions upon millions of dead fish are washing up on shores all over the globe, and people are really starting to freak out about this.
We live in a world that is becoming increasingly unstable, and major disasters seem to be getting more frequent and more intense.  Just look at what is happening up in Alberta right now.
I believe that we are entering the “perfect storm” that myself and so many others have been warning about for so long.
Or could it be possible that I am just being overly dramatic?
Please feel free to tell us what you think by posting a comment below…
Posted by Unknown at 6:50 PM