Home » »Unlabelled » Beware: This Man Was Bitten By A Mosquito, What Happened To His Face Is Horrifying

Beware: This Man Was Bitten By A Mosquito, What Happened To His Face Is Horrifying 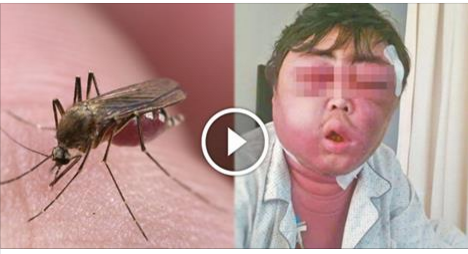 There have been different diseases which were caused by mosquito bites. They have caused outbreaks such as malaria, dengue and the very recent kinds with dengue-like symptoms, zika and chikungunya. Mosquitoes are very tiny creatures yet could spread terrible symptoms in a community, such as this story.
30-year-old Mr. Zhang from Jiangsen, East China was bitten by a mosquito on May 26. He claimed to have squeezed the bite to relieve the itching; however, the skin around it became inflamed and had festering symptoms.

Shortly, afterwards, his face became extremely swollen that he couldn’t even open his eyes. His lips could be likened to sausages because of swelling. 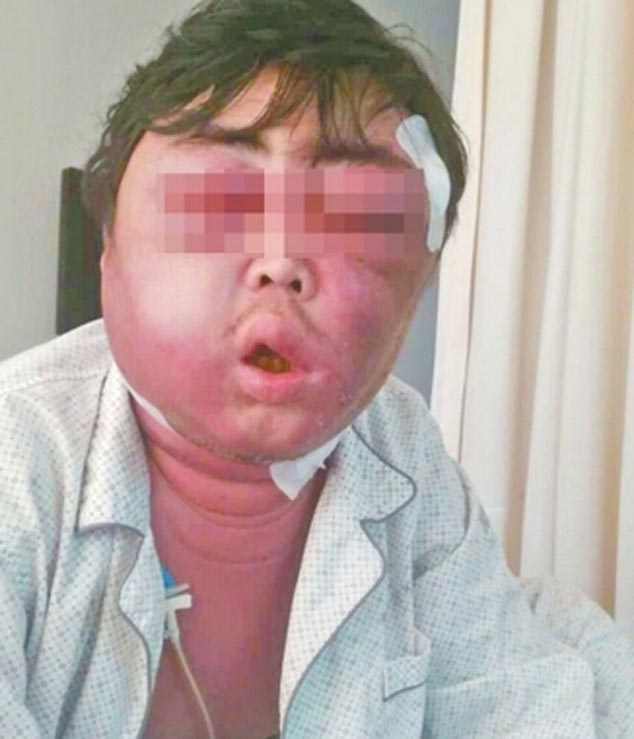 On June 15, he reportedly had a temperature of 39 degrees Celsius. But apart from the fever, he had no other symptoms. On June 29, he consulted a doctor in Luoyang, Henan.

Doctors attributed the swelling to the mosquito bite and that there was no specific treatment.

image credit
They could only recommend ice to lessen the swelling of Mr. Zhang’s face, to relieve his pain and discomfort. However, his symptom persisted for two months.
Dr. Dai Tao, director of Luoyang Oriental Hospital, said that Mr. Zhang’s condition was extremely rare, because other than the swelling of his face, nothing was seemed to be wrong with him.
The doctor added that the swelling was the patient’s reaction to the bite which could have been more poisonous than typical bites. The lymph nodes on the patient’s face and neck could be blamed for causing the enormous size of the swelling. Typically, mosquito bite symptoms would last up to 48 hours after the initial bite.
Due to frequent leaves for medical treatment, Mr. Zhang was dismissed by his employer from work this July and is now resting at home.

This is what really happens inside you when a mosquito bites:


Our bodies are completely different from each other and reactions to certain entities differ as well. This mischievous culprit’s bite could have been just a mere bite but to others, like this guy, it could be worse. The only better option is prevention. Put  away any possible breeding spots for mosquitoes and a good dab of repellent or clothes with less skin exposure could help. Still, it would be good to be aware of what your body reacts badly to and try to avoid it.
H/T: ViralSpell
Posted by Unknown at 8:18 AM