You may already be aware that earlier in the year, Facebook released a new functionality called “Reactions”. This is a step up from the traditional “Like” button and allows users to choose from a range of emotions to express their thoughts on a post.However now it transpires that the police are warning Facebook fans not to use the Reactions function if they wish to protect their privacy.
Although the reactions function was a really welcome feature to a lot of users, Belgian police have warned that using the feature might compromise internet user’s personal privacy as they suggest that Facebook are using the data to learn more about their fans.
They released a statement on Wednesday which accused Facebook of being a“marketing champion”.
The post read as follows: “Facebook never misses an opportunity to improve the collection of information about us and they proved it again last February.
“The icons help not only express your feelings, they also help Facebook assess the effectiveness of the ads on your profile,”
“The question that some of you have asked me was why Facebook limited them to six…
“By limiting the number of icons to six, Facebook is counting on you to express your thoughts more easily so that the algorithms that run in the background are more effective.” 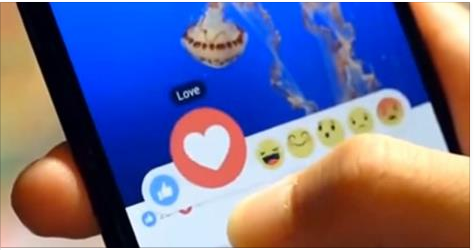 The police are saying that Facebook are collecting the data on which reactions you click and are using this to market to you.
They explained: “With your clicks, it will be possible to determine the [types of] content that puts you in a good mood…
“In conclusion, it will be one more reason not to click too fast if you want to protect your privacy.”
This in turn allows Facebook to target ads to you more accurately.
Personally I am not too bothered if Facebook want to see how I react to posts in the news feed. And if by Facebook looking at my “Reactions” I am at least served ads that are relevant to me, I really don’t mind.
How do you feel about the new feature? Do you think it is a step too far into your privacy?
Source – The Independent