Dog Picks Out Her Own Shelter Kitten To Take Home 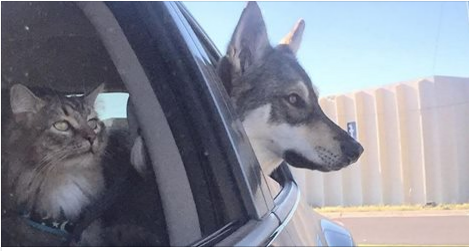 Raven was in no hurry to pick out a new best friend at the shelter.
After all, this was a lifetime commitment. Raven was still a puppy. And last August, she was choosing a kitten at the animal shelter in Lubbock, Texas — a kitten she could grow old with. 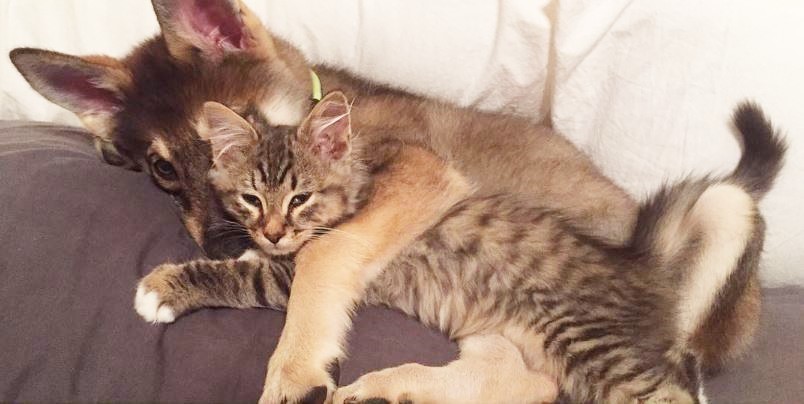 
So one by one, four kittens were brought before Raven. Some didn't show much interest. Others just weren't into Raven's gentle nuzzling.
Except that one kitten. A formidable feline named Woodhouse.
Woodhouse would be The One. 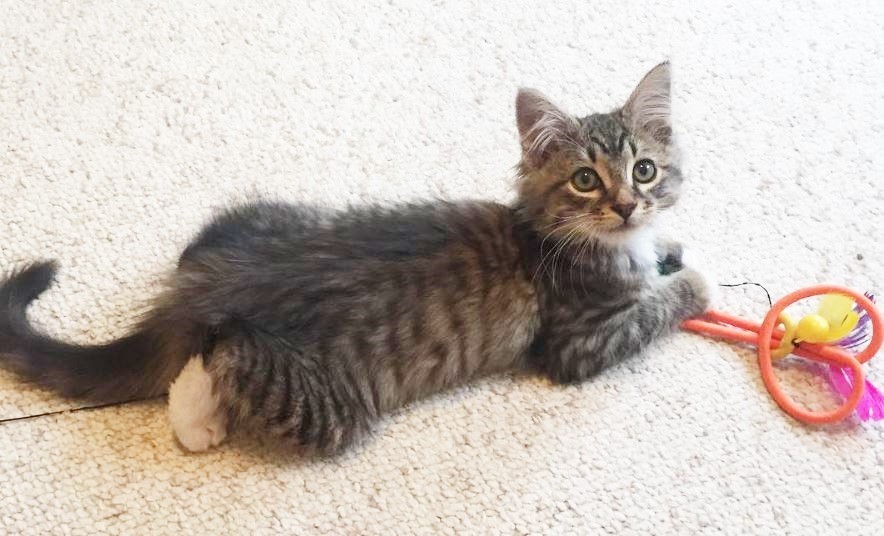 
"I had always wanted a dog and a cat to grow up together. It's been like a life goal," her owner Christina, who didn't want her last name published, tells The Dodo.
And, in this case, it couldn't have worked out better. 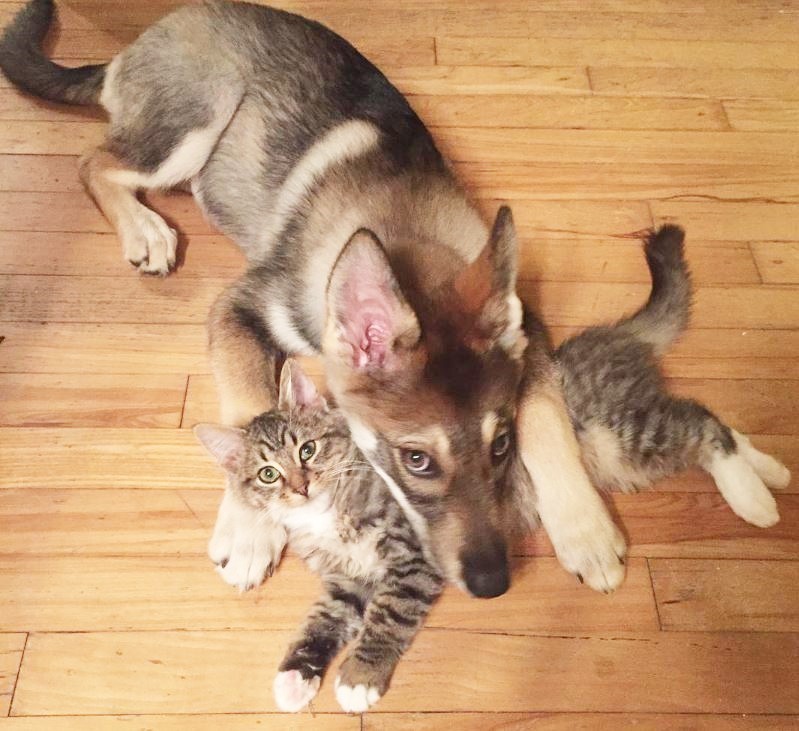 
Raven, a Tamaskan husky, arrived at Christina's home as a puppy last July.
A month later, Christina went looking for a kitten to be Raven's new best friend.
But you don't choose someone's best friend for them.
"I wanted them to be able to get along well," Christina explains. "So I wanted her to actually meet the cat and have the cat get along with the dog as well."
Today, the pair are inseparable. 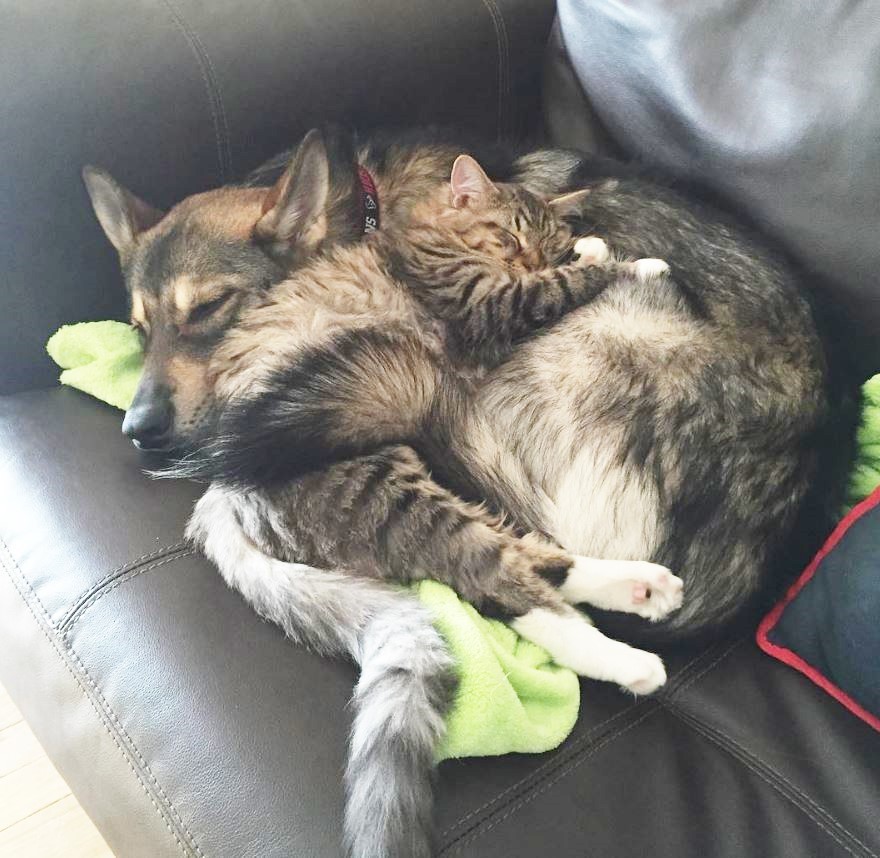 
"They are perfect with each other. They don't cuddle as much as they used to when they were a puppy and kitten. But they're still always together, always playing together."


"Woodhouse actually chases the dog around the house," she adds. "And they like to play tag."
They celebrate birthdays together. 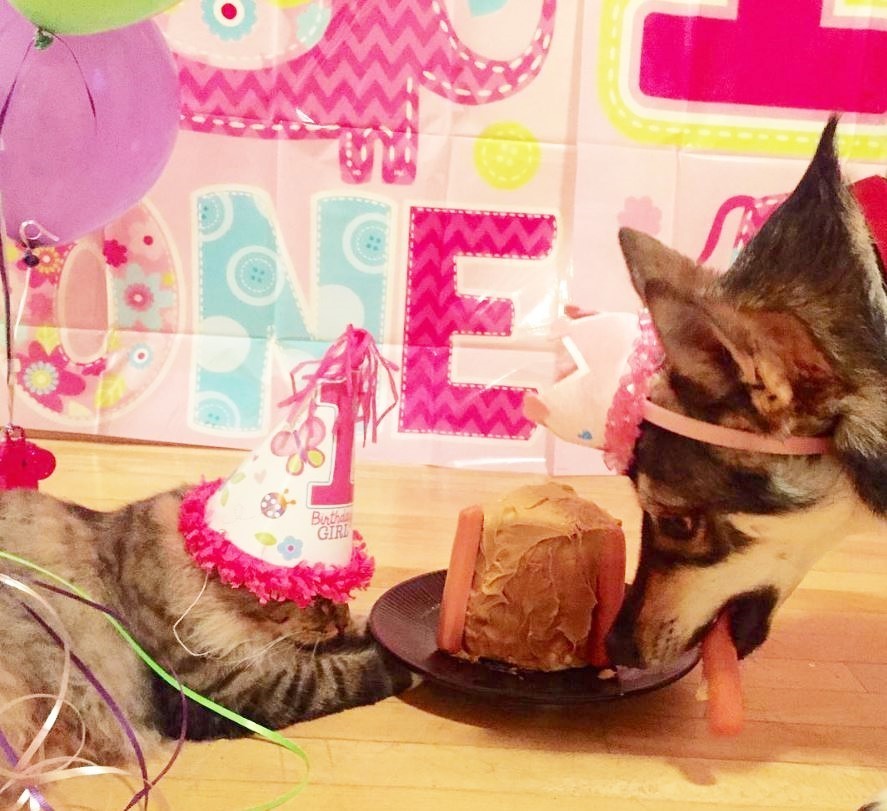 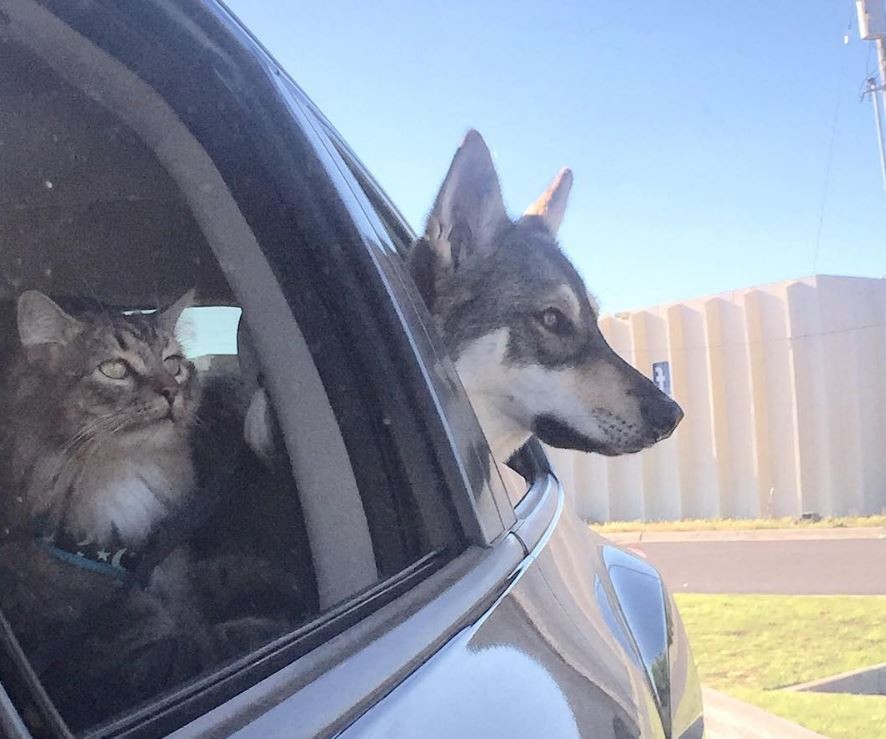 
And at the end of the day, they chill together. Because some things never change. 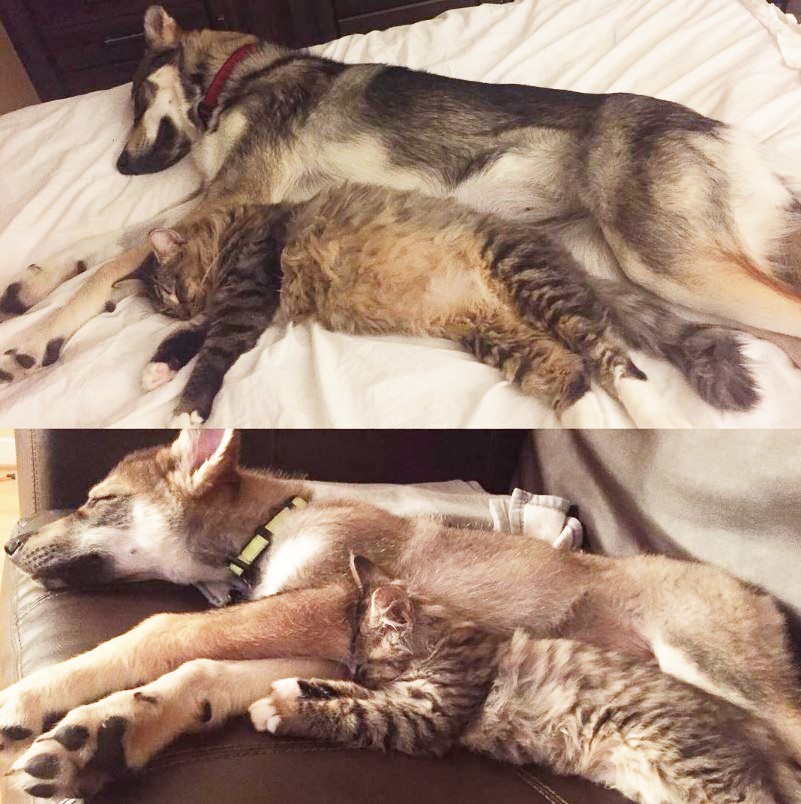 
You can follow the continuing adventures of Raven and Woodhouse on Instagram.
Posted by Unknown at 7:16 AM