Home » »Unlabelled » This Boy Fell Into A Gorilla Exhibit In 1996 And Things Went Completely Different Than They Did At The Cincinnati Zoo.

This Boy Fell Into A Gorilla Exhibit In 1996 And Things Went Completely Different Than They Did At The Cincinnati Zoo.

The incident at the Cincinnati Zoo this weekend has sparked shock and outrage across the entire world. This Boy Fell Into A Gorilla Exhibit In 1996 And Things Went Completely Different Than They Did At The Cincinnati Zoo.
Via Sliptalk 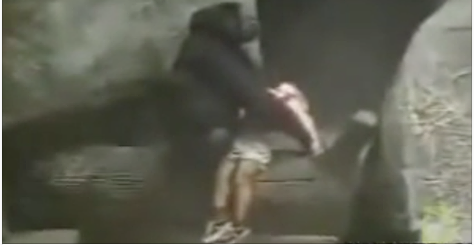 If you have not heard the story (you must have been living under a rock), an unsupervised child was able to make his way through the barriers at the zoo. He then fell 12 feet into a moat in the Gorilla habitat. A large male (17) West Lowland Gorilla named Harambe found the child. While many speculate that Harambe was actually trying to protect then child, he started to drag the child around the habitat. Experts have stated that the posturing and facial expressions of the gorilla showed that he was agitated. The zoo staff felt they had no choice but the shoot and kill the gorilla in order to save the child’s life. The incident has caused a harsh reaction from many around the world. Many people claim that the parents should be held responsible for the death of the gorilla because they did not supervise their child. Whether that is justice is not for me to decide. Here is the video of the incident. 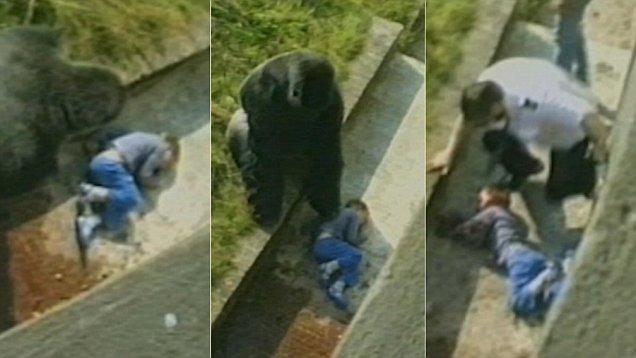 This incident did remind me of something that happened years ago. It also involved a gorilla and a child at the Brookfield Zoo in Illinois. This situation however, ended much differently. It involved an 8-year-old gorilla named Binti Jua, and another little boy who had fallen in. Take a look at what happened during this encounter.

It’s sad that these situations couldn’t have both ended in the same way. The death of Harambe is a great loss. The debate about whether an animal’s life is just as valuable as a humans is not something that is going to be solved by a simple story. This situation may be able to open up a dialogue on how we can better protect these animals so they don’t have to end up in a zoo in the first place.

Share These Incredible Videos With All Your Friends!
Posted by Unknown at 4:43 AM