Home » »Unlabelled » 85-year-old woman sells rags on the streets to help her large family survive; Netizens help in raising money for her -done

85-year-old woman sells rags on the streets to help her large family survive; Netizens help in raising money for her -done

Many senior citizens are forced to work day and night just to help their families survive. At this age, they should be the ones at home resting while they children and grandchildren take care of them. But for some unfortunate elderly Filipinos, they are the only option for the whole family to survive.
Facebook user Marianne Ballesteros shares with us a story about an 85-year-old grandmother, who sells rags in the streets. Apparently, 2 of her children are both blind because of their previous jobs (welding). Aside from her 2 blind sons, she also has a daughter and numerous grandchildren to take care of. Of course, her everyday earnings is not enough to feed everybody.
Miss Ballesteros is now helping her raise money for a medical check-up. Her original post read: 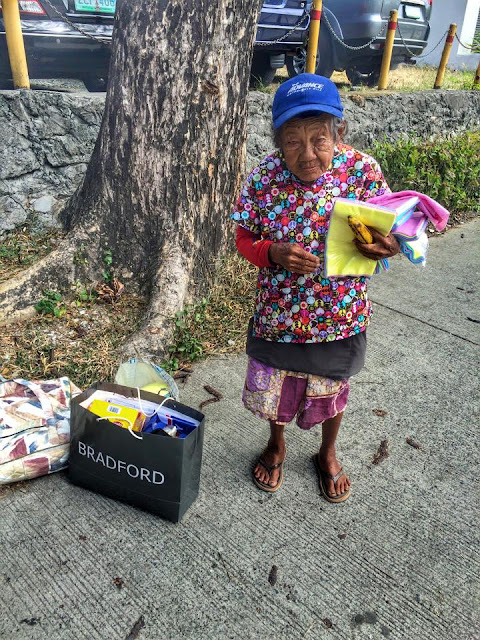 This is lola Porferia Ramos. For those of you living in the South like Alabang, Las Piñas or Cavite, you’ve probably driven past her numerous times already. She’s the old woman selling rags along Commerce ave. in front of Ayala Alabang (just before the Acacia-Commerce stoplight and intersection). I think this is the only stoplight intersection where I never wanted to hurry and chase the green light since traffic would allow me to pause and give her any extra amount I have. Saw her once and I can’t seem to stop thinking about her condition. Decided then to chat with her for a bit and know the story behind this hardworking lola. Here’s what I gathered. 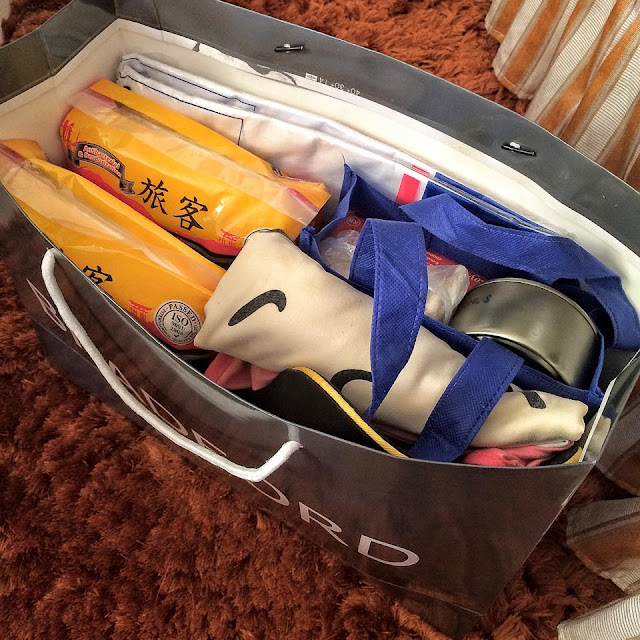 • She’s up by early morning to sell her rags and takes her breaks once in a while but for the whole day, she’s just standing there at the traffic island with no chair or shade whatsoever, just herself and her rags on her shoulder. She won’t even be able to chase those cars that zoomed past her if they wanted to buy the rags as she’s already weak and too slow to walk, let alone run. It’s just her luck if the car that stopped beside her wanted to buy from her or give her alms.
• She just turned 85 last Feb. 26, 2015 and has been selling rags for around 5 years now.
• She lives in T.S. Cruz and has 2 blind sons (caused by their past work as welders), a daughter, and a lot of grandsons and granddaughters (she can’t even count them when I asked).
• She gets her rags from her neighbor and resells them at Php100 per pack (balot). She says she doesn’t earn that much in a day but for some weekends, it helps to sustain her and her family’s needs.
• Asked her why she still works at age 85 (imagine that, 85!!), and she had this reaction from her face where I already know the answer even without her saying it. She said her family needs the help. How sad is that. Imagine if it’s your mother in her position.
• She doesn’t have SSS retirement fund though she has Philhealth. With God’s grace, she doesn’t have any serious illnesses (previously has highblood but is now normal) although I noticed her eyes were quite turning into a lighter color. I’m not sure if it’s cataract but she said it’s affecting her vision. Asked her about her lungs since she’s always exposed to pollution, she mentioned she haven’t had the chance of having them checked yet but she actually wanted to. I didn’t ask but I know it has to do with money matters.
• Her shirt size is Medium and shoe size is 5.5 .
I asked her sizes because I’m hoping my friends and those with good intentions most especially those living in the south can donate some stuff that she might really need (i.e. adult diapers, worn but in good condition clothes, shoes/sandals/slippers, food, etc.). She appreciated everything I brought her so no need to go out of your way. It would be really helpful if one person can help her provide her family’s meals for one day. How much more if there are a lot of you guys who’d be willing to help. Buying rags from her is also a big help for her as it fulfills her daily mission. I may not be rich or powerful enough to give her the life she deserves at her age (again, 85!) but I hope we can lighten her load in our own little but helpful ways.
**Thanking Elaisha , Erika , Mae , Carlson , Eileen for buying my Nutella cookie sandwiches as 100% sales from these goodies will start the fund for Lola Porferia’s medical check up. May God bless us all! And of course, lola Porferia.
source  www.viral4real.com
Posted by Unknown at 1:09 AM