After Killing An Unarmed Man This Police Officer Reacts Completely Unexpectedly, Tearing At My Emotions 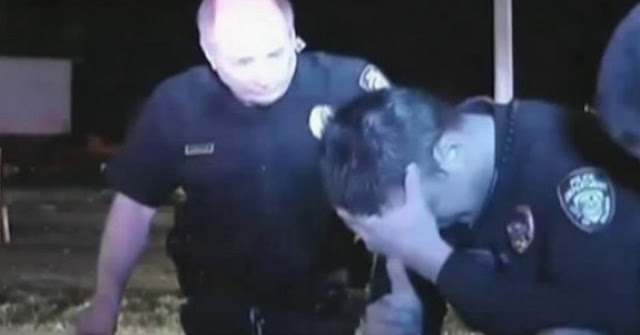 Police brutality has been in the news more and more within the last year or so, after the Michael Brown killing made headlines.
Via sliptalk
A lot of the time we don’t know the entire story and there are a lot of bias recollections of the incident making the facts a little hazy. In this video shot from the dashboard camera of a Montana police officer, you’ll see the entire situation unfold where a police officerarrives on the scene of an officer-involved shooting. Before the sergeant arrived, officer Grant Morrison had pulled over, 38-year-old, Richard Ramirez. Ramirez was acting strangely which caught the attention of Morrison. Within minutes, Morrison had shot and killed Ramirez for not cooperating. Here is the aftermath of what happened. While the first few minutes are of the officer driving and arriving at the scene, the second half of the video is definitely heartbreaking on many levels.


Morrison said, “I thought he was gonna pull a gun on me. I couldn’t take that risk. I want to see my son grow up.” While it turned out that Ramirez did not have a gun and was unarmed, the autopsy concluded that he was under the influence of methamphetamine. After the case was sent to trial with a jury, the jury determined that the officer did nothing wrong, and he was not charged with any crimes. Some police departments are now having their officers wear body cameras that record any and all situations that may arise. What do you think can be done to reduce the amount of officer-involved shootings that have made the news recently?
Share This Video With Your Friends To Offer A Different Perspective