A MUSLIM teenager has been kept in a cage, beaten and deprived of food and water for more than four years by her father because of her un-Islamic behaviour, a court has been told. 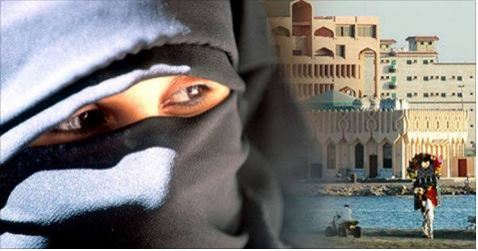 Schoolgirl Amina al-Jeffery, from Swansea, was allegedly shipped to Saudi Arabia when she was 16-years-old because her dad did not approve of her lifestyle.
Her father has been keeping her in a cage at his Saudi Arabian home in Jeddah and will not allow her to marry a man of her choice, a family division of the High Court heard.


Amina, who is reportedly still being kept against her will, holds dual citizenship for both Britain and Saudi Arabia which makes the effect of any potential ruling unclear as British law does not have any power in Saudi Arabia.
A spokesperson for the forced marriage unit of the Foreign Office said Saudi authorities did not recognise the schoolgirl's British citizenship and that "steps need to be taken to ensure Amina is returned to the UK where her safety can be guaranteed".
Mohammed al-Jeffrey, a father of nine, moved to Wales before Amina was born. GETTY
The Saudi Arabian city of Jeddah
The family reportedly received benefits and were educated in Britain.
Barrister Henry Setright, who is representing Amina, said her father took her to Saudi Arabia because he did not approve of her "relationships and conduct".
Amina’s 62-year-old father works at the King Abdulaziz University in Jeddah, which receives funding from the Saudi government.
British lawyer Anne-Marie Hutchinson talked to the schoolgirl when she briefly escaped from her father's house.
Hutchinson said: "She is a normal Welsh girl and still has her Welsh accent.
"She wants to return home so she can have control of her own life and make her own choices."

Her father has refused to allow her to visit the consulate over fears she could be granted "sanctuary".
Marcus Scott-Manderson QC, who represents the father, said his client "could not bring himself" to listen to the court's order.
The case continues.

source www.express.co.
Posted by Unknown at 8:26 AM