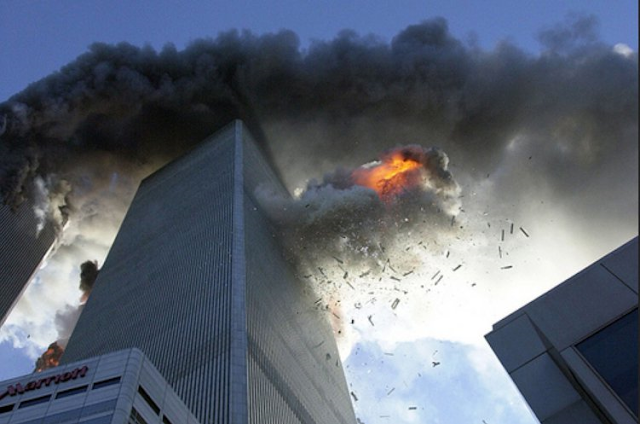 The horrific events that transpired on 9/11 will forever be remembered as a day that will live in infamy.
Now, a video has been making the rounds once again, reminding us how truly terrible those moments were.
Shocking raw footage from New York University student Caroline Dries shows the horrific terrorist attacks that happened at the World Trade Center in September 11, 2001 taken from their university dorm.
Driers and her roommate, Megan, awoke to the sound of explosion from the first tower. Confusion as to what caused it soon turned to panic after another plane hit the second tower, prompting them to leave their 32nd floor room at 200 Water Street in a hurry.