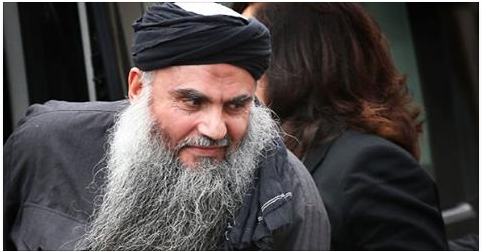 NOTORIOUS hate preacher Abu Qatada has urged Muslims to flee the UK for the Islamic world "as soon as possible".

By TOM PARFITT
The fanatic, who fought deportation from Britain for eight years, warned followers of Islamthey face "bloodshed" in the West in a social media rant.
Posting messages in Arabic to his 58,000 Twitter followers, he wrote: "Muslims living in the West will lose. Sedition and spread of bloodshed will devour them.
"They will have no option but to prepare to return back to their countries as soon as possible."

Anti-extremist group the Quilliam Foundation accused Qatada, who was extradited to Jordan in 2013, of trying to promote a "clash of civilisations narrative".
Head of policy Jonathan Russell told the Daily Star Sunday: "Abu Qatada is reinforcing the extremist idea that you cannot be a good Muslim in a non-Muslim country.
"This makes it easier for jihadists to recruit Muslims in the West. The irony is that Abu Qatada spent all those years fighting to stay in the UK." 
The hate cleric – who tweets as @sheikhabuqatadh – was released from prison in Jordan in 2014 after being found innocent of terrorism offences.
Judges said there was "insufficient evidence" to convict him of plotting a thwarted terror attack against tourists during Jordan's Millennium celebrations.
But following his deportation from Britain, the Home Office confirmed Qatada would not be allowed back into the UK as he is a "threat to national security".