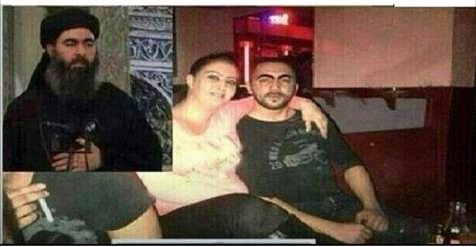 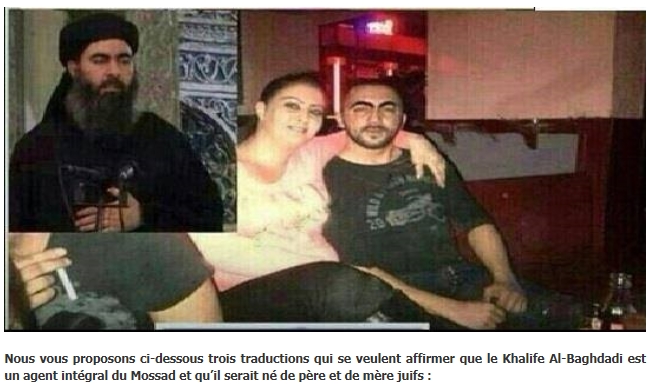 Abu Bakr al-Baghdadi, so-called  ”Caliph,”  the head of ISIL (Islamic State in Iraq and the Levant is, according to sources reputed to originate from Edward Snowden, an actor named Elliot Shimon, a Mossad trained operative.
ormation was attributed to Edward Snowden and published by newspapers and other Web sites: the head of the “Islamic State” Abu Bakr al-Baghdadi, has cooperated with the U.S. Secret Service, British and Israel to create an organization capable of attracting terrorist extremists from around the world.
Source: Radio ajyal.com
Another source corroborates this statement, the site Egy-press:
With photo support, a Iranian media discovers the true identity of the Emir Daash, a trained Zionist agent.
Iranian intelligence discovered the true and full identity of the Emir Daash, which is known under the name Abu Bakr Al Baghdadi; his real name is Elliot Shimon. Its role in Mossad secret agent in the Zionist espionage. His false name: Ibrahim ibn Awad ibn Ibrahim Al Al Badri Arradoui Hoseini.
The plan: get into the military and civilian heart of the countries that are declared as a threat to Israel in order to destroy to facilitate thereafter, the takeover by the Zionist state on the entire area of the Middle East in order to establish Greater Israel.
Here are the borders of the Zionist project, the “Greater Israel” or “Eretz Israel” for short.
These facts confirm the first that came out a few days ago, confirming that the Caliph Rolex is sent to Israel to sow chaos in neighboring countries the Zionist entity. Please note that EIIL announced it a few days ago that, to want to now take the “barbarians Jews”, a reference to Zionists besiege Gaza.
Practice! Having devastated the area of Israel, it will now allow the Americans and the Israelis to show the fingers as bloody terrorists to shoot at faster to defend the Zionist state, while the same let them proliferate and act with impunity for over two months now. Prepare a project they probably from the famous Arab Spring with the destabilization of Iraq, Sudan, Tunisia, Egypt, Libya, Syria and Mali (among others). Clever!
Listen and listen again Bernard-Henri Lévy on these so-called Arab Spring:

After gathering the most fanatical of the world in one place, a veritable army of the devil is formed, filled with bloodthirsty murderers without mercy for their victims, they murder with a vengeance and in cold blood, filming their atrocities and relaying on social networks.
Source:
http://www.gulf-daily-news.com/
Posted by Unknown at 11:07 PM