Home » »Unlabelled » SEE IT: Man Snaps Scenic Pic On 9/11, Shocked By What’s Caught Up Above

SEE IT: Man Snaps Scenic Pic On 9/11, Shocked By What’s Caught Up Above 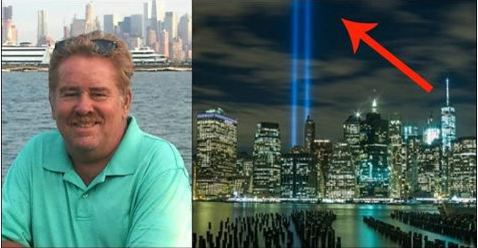 Like many others, Rich McCormack decided to take a picture after seeing the “Tribute in Light” at the World Trade Center site in New York City. However, he’d later be shocked as he looked at the image to see what else was caught in the photo – and it was thousands of feet up above the city. 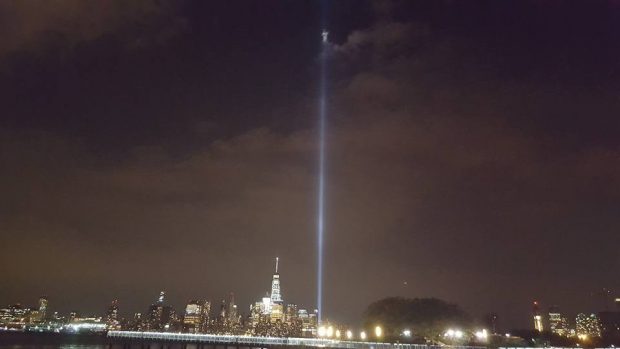 Although McCormack thought he was just taking an ordinary picture, it seems the freelance photographer from Jersey City, New Jersey got a bit more than he bargained for. After posting the photo to his Facebook account on the night of September 11th, he’d later come back the next day to see what else he caught in the photo.

As it turns out, a portion of a cloud was illuminated by one of the lights and seemed todepict the silhouette of an angel. However, McCormack states that it’s a bit more than that as he believes it more closely resembles Jesus – God in the flesh Himself.


Since being posted, the image has since gone viral as several people view it as a sign of hope as we were busy remembering such tragedies. Despite losing almost 3,000 Americans 15 years ago, many across the web suggest that this is proof that God is still looking down upon our nation. 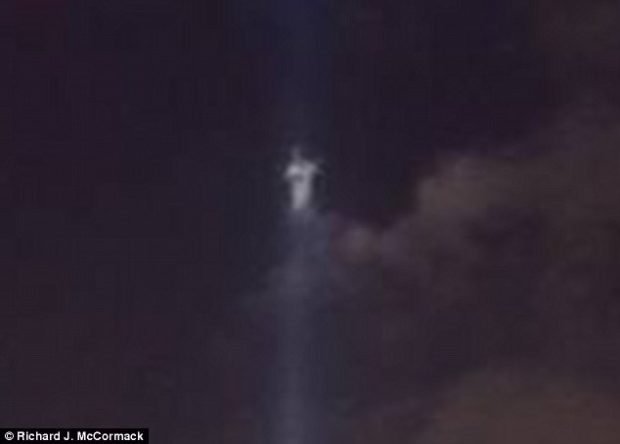 “Oh my God. God is great. God is good,” Norma Cheryda Aguila-Valdaliso wrote. “This has left me with so much faith. God is watching over us always.”
Yvette Cid, who lost children during the 9/11 attacks, added, “This [is] an awesome pic wow I lost my two boys and I believe this is a sign to all that have lost a love(d) one.”
Of course, the picture has its fair share of doubters. Ronald Zeitlinger even joked, writing, “It’s Jesus playing the guitar. A Les Paul model, I believe. Rich told me he heard the faint strumming of Stairway to Heaven.”
McCormack insists that the picture is original and hasn’t been digitally altered, and his friends vouch for the man’s honesty and the photo’s authenticity.
Whatever you may believe – whether this is just an illuminated cloud or a sign from God Himself – there’s no refuting the powerful imagery here. As our nation was founded on Christianity, it’s clear that God has a heavy presence in the prosperity of America. He is always there, and He most certainly is always watching.
Credits: Mad World News
Posted by Unknown at 7:20 AM