Home » »Unlabelled » What Happens When We Die? Here’s What Buddhism Says!

What Happens When We Die? Here’s What Buddhism Says! 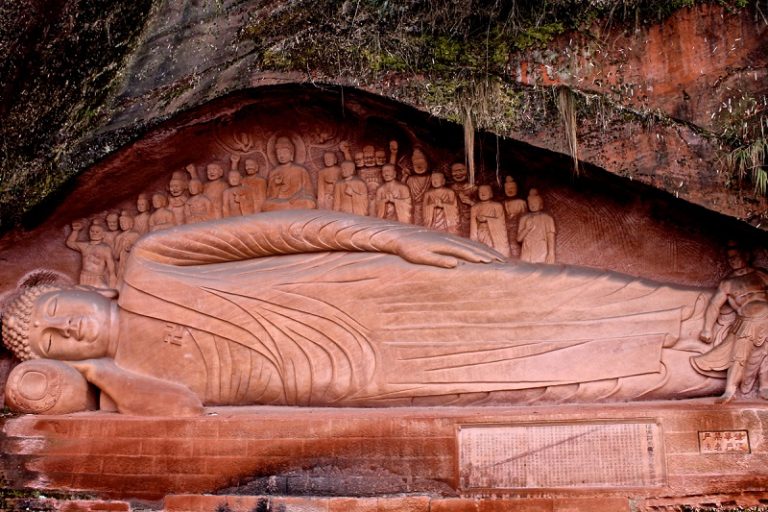 HOW DOES THE MIND GO FROM ONE BODY TO ANOTHER?

When a person is dying, he begins to lose conscious control of his mental processes. There comes a time when his actions and habits locked away in his memories are released. In many instances, there arises in his mind a mental image. This image is totally involuntarily and is produced by his karma or past actions. Thus depending upon the nature of the particular karma that produces this image, the person may see dark shadowy figures, frightening images, or he may see his relatives or perhaps visions of scenic beauty. Quite often, he will cry out at these visions or remark about them to his visitors. Even though the physical body may be weak these thought units are very strong as death approaches. When the body finally breaks down at the point of death these energies are released as mental energy. As energy cannot be destroyed they have to re-establish themselves in a new body thus causing the phenomenon of rebirth.
Think of it being like radio waves which are not made up of words and music but energy at different frequencies, which are transmitted, travel instantaneously through space, are picked up by the receiver from where the radio produces them as words and music. It is the same with the mind. At death, mental energy travels through space, is picked up by the fertilized egg of the future mother, is reborn as a new being and manifests as a new personality.
Thus it is important that a dying person is comforted and reminded of his good deeds. He should not be made confused and visitors should not overtly grieve in his presence. Neither should unfamiliar ideas like a new religion be introduced to him. The Buddha advises that when one is fearful, he should recall to mind the Buddha, the Dhamma and the Sangha.

IS ONE ALWAYS REBORN AS A HUMAN BEING?

WHAT DECIDES WHERE WE WILL BE REBORN?

The most important factor, but not the only one, influencing where we will be reborn and what sort of life we shall have, is karma. The word karma means ‘action’ and refers to our intentional mental actions. In other words, what we are is determined very much by how we have thought and acted in the past. Likewise, how we think and act now will influence how we will be in the future. Just as radio waves will be picked up by a radio tuned to its particular frequency, the mental energies released at the time of death will naturally be re-established in a new material body that most suits it. Thus, the gentle, loving type of person shall be reborn in a heavenly realm or as a human being in a comfortable environment. The anxious, worried or extremely cruel type of person is reborn in a hell realm, or as an animal, or as a human being born in extremely difficult environment.
Not only is there scientific evidence to support the phenomena of rebirth, it is the only after-life theory that has any evidence to support it. During the last 30 years parapsychologists have been studying reports that some people have vivid memories of their former lives. Professor Ian Stevenson of the University of Virginia’s Department of Psychology has described dozens of cases of this type in his books. He is an accredited scientist whose 25 year study of people who remember former lives is very strong evidence for rebirth.
This post was republished from e-buddhism. You can find the original post here.
Featured image source

www.enlightened-consciousness.com
Posted by Unknown at 7:23 AM