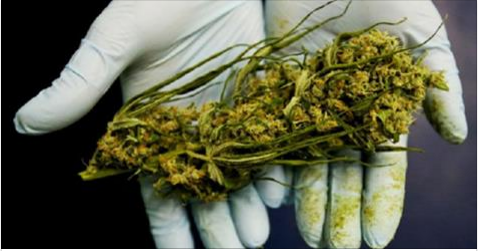 Apparently, the fact that cannabis successfully destroys cancer cells is no longer a conspiracy theory in the U.S.


Therefore, can we regard it as a preventative herb against cancer, or can anyone reject the idea of using medicinal marijuana?
According to Amy Willis, to the official cancer advice website, the US government has added a page on the use of cannabis and cannabinoids.
She advises, “The National Cancer Institute, part of the US Department of Health, now advises that ‘cannabinoids may be useful in treating the side effects of cancer and cancer treatment’ by smoking, eating it in baked products, drinking herbal teas or even spraying it under the tongue.”
The site lists numerous medicinal uses of cannabis, such as stress- relief, pain relief, anti-inflammatory and antiviral activity, anti-anxiety, and anti-tumor properties, reduction of muscle spasms due to multiple sclerosis, and much more.
It also explains how lab experiments have shown that cannabis kills cancer cells.
She adds: “Several scientific studies have suggested this in the past, and in April this year the US government’s National Institute on Drug Abuse revised their publications to suggest cannabis could shrink brain tumors by killing off cancer cells.”
Therefore, if this is a sign that the government of the United States would like to admit the anti-cancer properties of cannabis, would the other western nation share their attitude?
Cannabis is an incredibly beneficial herb which can cause no side-effects and can effective treat various severe healthy conditions and diseases, including cancer.
Therefore, it is our duty to support this struggle and attempt to help the numerous people who can greatly benefit from such treatments.
Sources and References:
www.cancer.gov
Posted by Unknown at 6:51 AM