Home » »Unlabelled » CNN: If Trump is Killed During Inauguration, Obama Appointee Would be President

CNN: If Trump is Killed During Inauguration, Obama Appointee Would be President 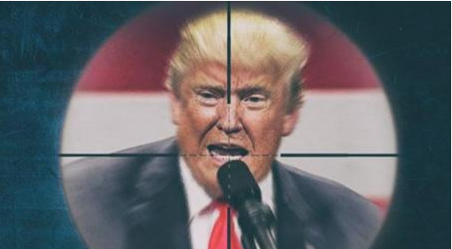 
CNN is talking about an attack at the inauguration where Trump is no longer in the picture. They are more than happy to talk about the Obama Admin taking control of the White house. I can’t imagine this going on right before Obama’s swearing in.
CNN has been criticized for airing a report which revealed that an Obama appointee would become president if Donald Trump was killed during an attack on the inauguration tomorrow.
Entitled Disaster could put Obama cabinet member in Oval Office, the report admits that there is no specific threat targeting the inauguration, but goes on to speculate about “who would be in charge if an attack hit the incoming president….just as the transfer of power is underway”.