AROUND 44 people are feared to be dead after a plane crash at Wau Airport in South Sudan. 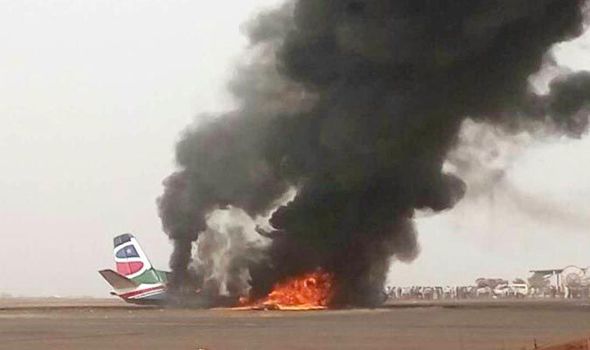 Dozens of people have been killed in a plane crash in South Sudan.
The plane, which belonged to South Supreme Airline, crashed onto the runway when it was landing.
The plane was flying from the capital, Juba to Wau in South Sudan. TWITTER
1 of 5
Details are slowly emerging of some passengers being pulled out alive from the wreckage.
Photos from the scene show fire engines at the scene of the horrific incident.
Witnesses have said that smoke was seen coming from the back of the plane before it crashed and bursted into flames.
A local reporter, Deng Dimo, said: “The plane was blowing smoke from the tail before it crashed.
"But when it touched the ground, it immediately burst into a huge flame.”
MORE TO FOLLOW..
source  www.express.co.uk
Posted by Unknown at 8:10 AM