Home » »Unlabelled » When doctors told them how unhealthy their son was, his parents made a decision. Thirty years later these pictures shocked the world.

When doctors told them how unhealthy their son was, his parents made a decision. Thirty years later these pictures shocked the world. 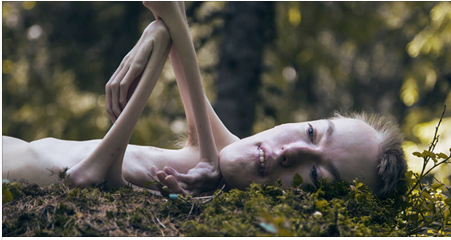 Norwegian Torstein Lerhol is a teacher and politician, an active citizen and enthusiastic world traveler. Above all, he's an inspiration for others. When people meet this 30-year-old, their first reaction is always surprise. At first glance he doesn't fit the image most people have of a successful, happy man.


Torstein suffers from spinal muscular atrophy and has spent his entire life in a wheelchair. But his parents — farmers from a remote area — have always stood by him.
When doctors first explained to them that their son would never walk and would never look like most people, they decided to raise him normally nonetheless. They couldn't see why they should treat him any differently than his siblings.


Torstein ended up proving his parents right by successfully completing school and university just as his siblings did. He traveled widely and forged plans for his future. He knew early on that he wanted to be a teacher, but as a young man he began to take an interest in politics as well. Soon he was regarded the most inspiring politician in the country. And the most lightweight — in a purely literal sense — tipping the scales at a scant 38 lbs.
He doesn't want to gain weight though because — as he says with a wink — he wouldn't want his caretakers to have too much to carry. This good-humored concession reveals a lot about his attitude towards his illness.


Torstein's optimism and courage have motivated people far and wide. But even though he accepts and enjoys his renown, he was hesitant when a young photographer named Henrik Fjørtoft presented him with a very unusual idea one day: he wanted to photograph the politician nude. Torstein wasn't sure that his body was something most people needed to see. But at last he agreed. And within just a few months, the whole world had been moved by the audacious images.
Torstein's own words go a step farther:
"I thought for a long time about whether to publish these words and pictures. I would like to show that neither my body nor my appearance have had a huge influence on my inner being or self-perception. Body and appearance have never stopped me from setting big goals — and also achieving them.
I hope that these words reach all those people who worry too much about their external selves, and that what I write can help them understand their internal life better. Because our inner merits should determine whether we're successful, not the outer ones.

The photographer wanted to show that beauty is so much more than what we usually think of as 'beautiful.' That there is no easy answer to the question, what is beautiful and great. He wanted to show that it's possible to discover beauty in all things.
The message is that we should accept all people in our society, totally independent of how they look or of their physical limitations. Exactly because there are no simple answers, I decided to publish these photographs.
Of course I'm aware that I'm no Brad Pitt. My bones stick out, my muscles are atrophying, and my spine is so curved that I look like the Hunchback of Notre Dame. But that hasn't stopped me from pursuing my dreams. I've simply used the skills and talents that I do have. Education and politics have given me the confidence to know that I can reach my goals without so-called 'perfect' looks. Hence people have always treated me with respect, barely heeding the fact that I look like a skeleton. At school my students treat me like a completely normal teacher. Appearance is important and it's a sensitive subject for children. So when they're able to treat me just like any other person, it gives everyone hope.
I don't want to come across here as naive and claim that appearance isn't very important in many situations. I also don't want to say that people shouldn't take care of their bodies. I would only like to plead that our outer appearance shouldn't determine how we perceive ourselves, live our lives, or are appreciated by others. I have actively decided that my looks will not play the most important role in my life.
Perhaps it was simpler for me to make this decision since I will never look like a model. But that doesn't mean that others can't make the same choice. People have so many qualities and attributes that are so much more important than appearance. And that's what should count. Our society must learn to concentrate on abilities, talents, and attitude. Not on whether someone is fat, thin, big, small, or just different. I think appearance is generally very overrated."

Everyone ought to take these words to heart. There's so much truth in them for all of us, with the potential to improve and enrich our lives and the lives of those around us!
source www.hefty.co
Posted by Unknown at 6:02 AM