Home » »Unlabelled » Stroke Partially Paralyzed This Man, Made Himself A Mind-Controlled Bionic Arm From Junk

Stroke Partially Paralyzed This Man, Made Himself A Mind-Controlled Bionic Arm From Junk

Do you remember how Hiro of “Big Hero 6” controls his microbots with his neurotransmitter that he wears on his head? Apparently, such thing isn’t just happening in movies but also in real life. Take this 31-year-old partially disabled man, who created something like the neurotransmitter to control his homemade bionic arm.


Wayan Sumardana from Bali, Indonesia, made himself a bionic arm in his workshop in the village of Nyuh Tebel in the Karangasem regency. 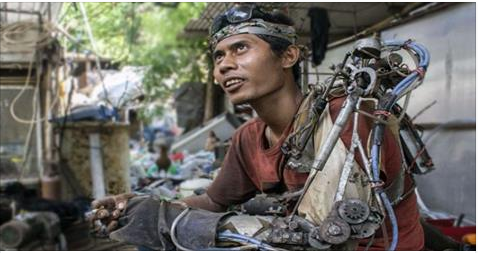 Also known as Tawan, he suffered a mild stroke six months ago that paralyzed his left arm and hand, making him unable to work. 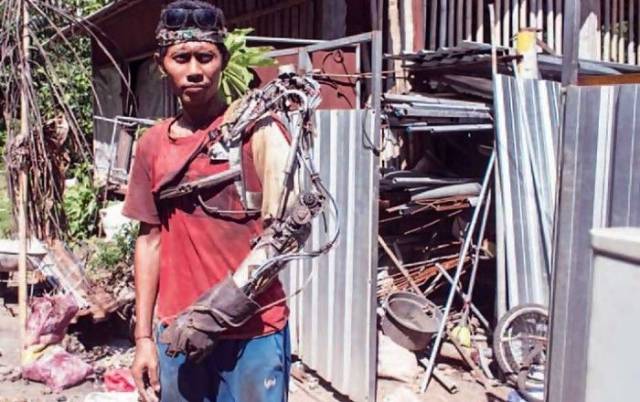 One day he saw his son crying because the poor lad didn’t have any money for snacks. That very moment, he knew he had to do something. 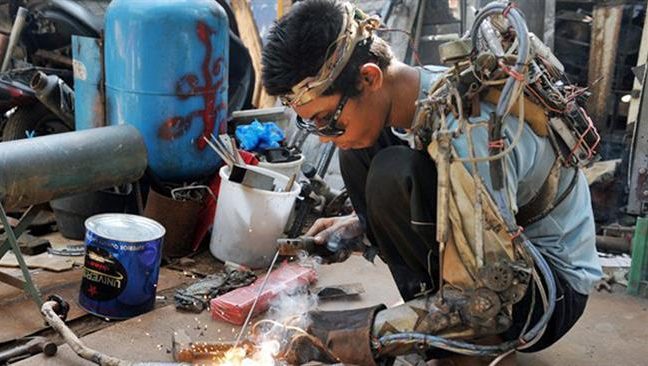 Obsessed with machine since childhood and with his knowledge in electrical engineering, the welder came up with an idea to make a bionic arm machine out of junk. 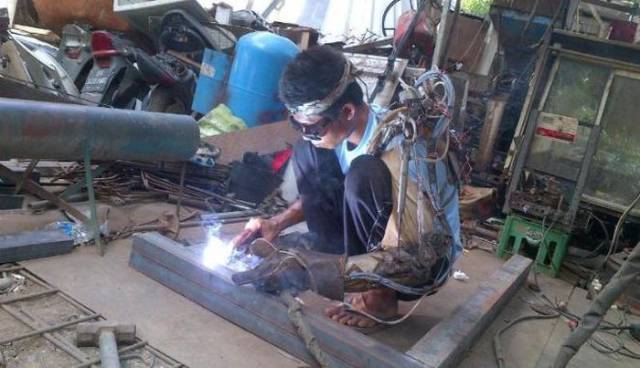 He then made a ‘neurotransmitter-like head band’ that send signals from his brain and amplified to his robotic arm. 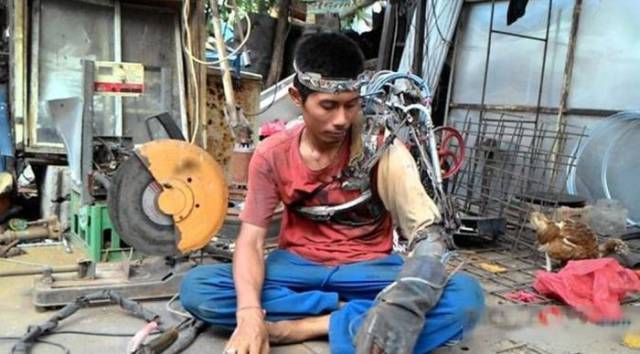 Tawan said, “It’s similar to a lie detector. There are electrodes attached to my scalp, whose functions are to take small signals from the head. These signals would not be detected without this device. The signal is brought forward to an enlarged signal and then taken to the micro-control in my back and transferred to the front.” 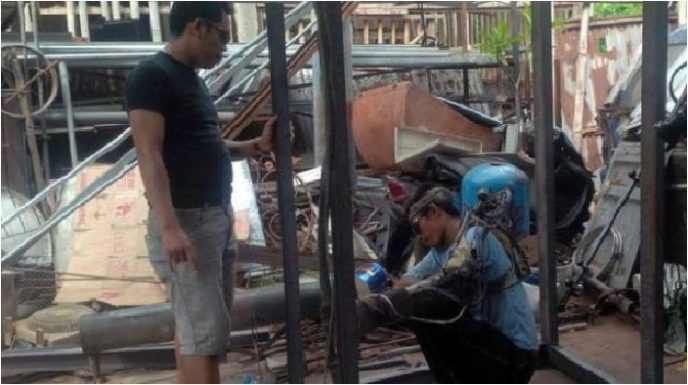 “For example, I intend to move this part. Are all part of this activity, but depending on our needs. If the tool is not active, my hand silently sticks to the body. The process works like a dynamo; if there is a shortcut, it remains quiet but spends more energy,” he further explained.

Watch his amazing invention in action below:

“I want to motivate people who have had a stroke. LIFE is HARD, DYING is EASY!” he added.
And for those who have doubts in his creation, he’s inviting them to come and visit his welding shop and he is happy to show that his robotic arm is very simple and not sophisticated.
Via: Upriser
Posted by Unknown at 6:13 AM