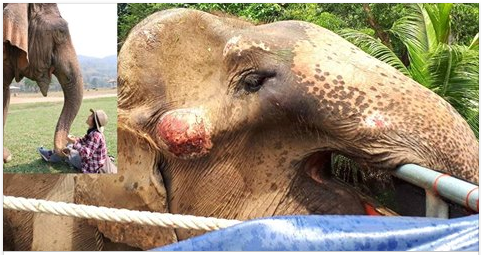 Many think of elephants as gentle creatures. They're known for entertaining tourists by performing special tricks or carrying them on their backs. However, what many vacationers don't realize is that the elephants aren't doing these things on their own free will. In fact, quite the opposite is true: our elephants pay a heavy price for a life in captivity. 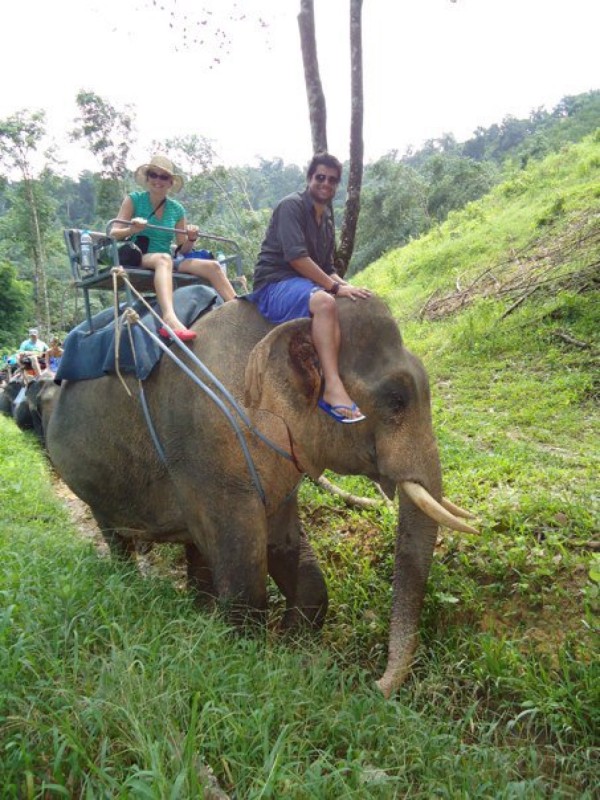 Facebook / Tim Theron
For many centuries, elephants in southeast Asian countries such as Thailand have been forced to undergo a horrific ritual known as the "Phajaan." This involves separating calves from their mothers at a young age and keeping them in wooden cages with their limbs tied up for at least a week. 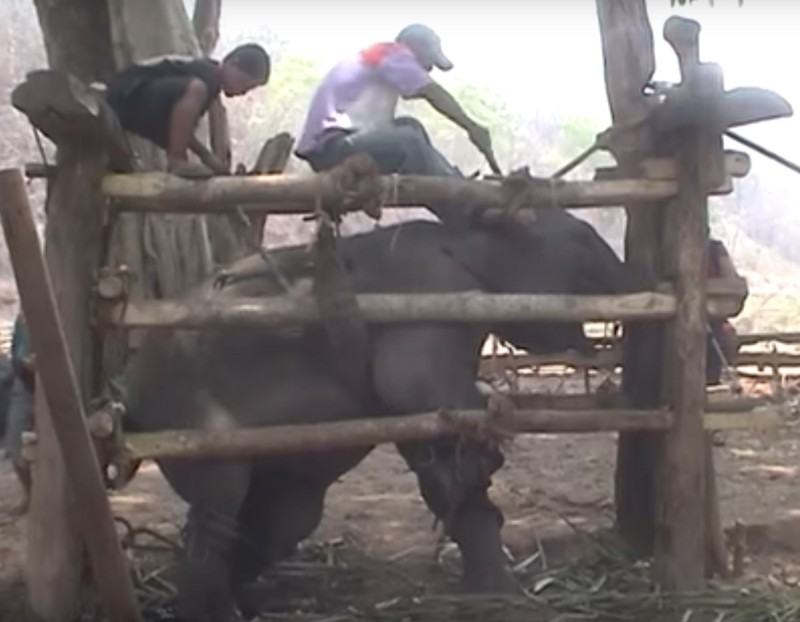 You Tube / Circa News
While in the cage, the young elephants are tortured in the most gruesome ways. Their tormentors use instruments such as hooks and metal bars to cause injury to the helpless calves. The elephants are also given nothing to eat or drink and are kept awake by brutal means. That means there's no way for them to escape the barbarism. 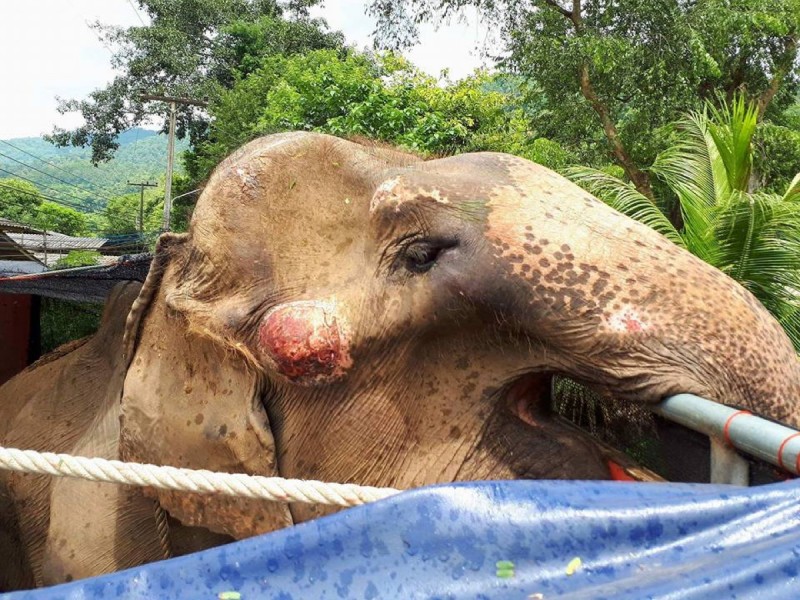 Facebook / Elephant Nature Park
After years of carrying out this abuse, their tormentors know exactly when the young elephants have given up; they can sense the moment the animal's soul is destroyed and their body is ready to die. It's only at this point that that elephants are given food and water again.
It's by these brutal means that the tormentors build a relationship with the young elephants. Their goal is to tame them for the tourist industry or use them illegally in the lumber industry. 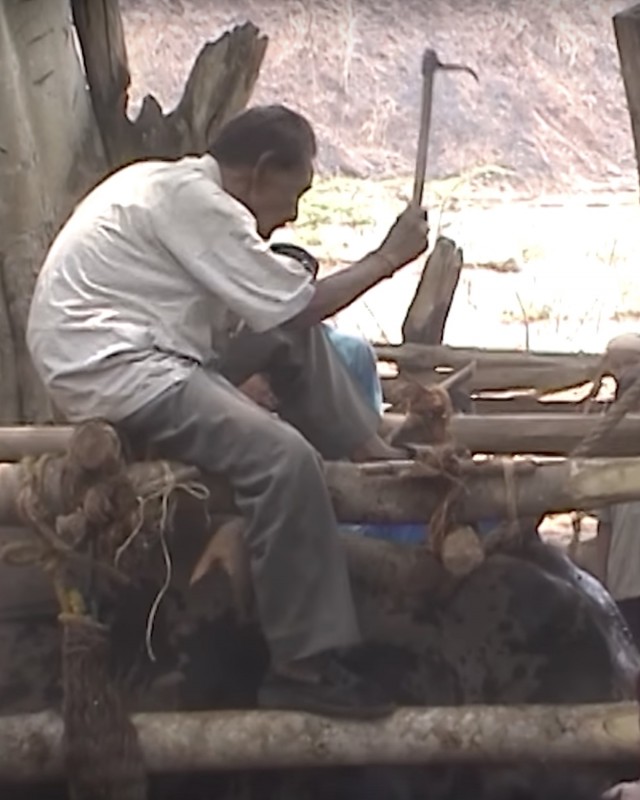 You Tube / Circa News
Thai activist Sangduen Chailert, known as Lek, has made it her life's work to bring an end to this cruelty; a traumatic experience from her childhood prompted her to make this choice:
"I saw an injured elephant bull that kept on being forced to work. He started screeching. I asked the owner whether the elephant could take a rest, but he said that they didn't haven't the time. They stop working when they die. When the men hit him to get him back to work, I saw how angry and sad the elephant was. He screeched. It was unforgettable." 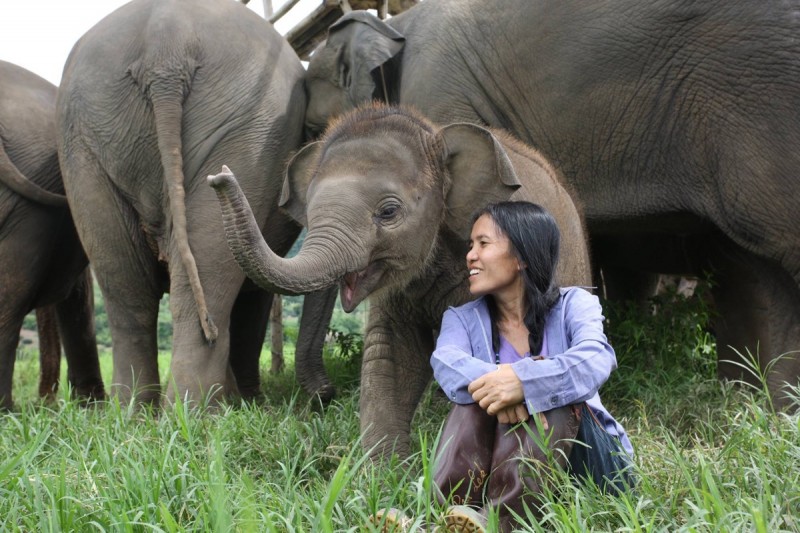 Facebook / Elephant Nature Park
This horrific experience continues to live with Lek and haunt her dreams, particularly the moment when the elephant screeched. However, it was almost impossible to fight against elephant torture alone, so Lek decided to found an elephant park. With help from the Green Tours organization, the park finally opened its doors in 1996. 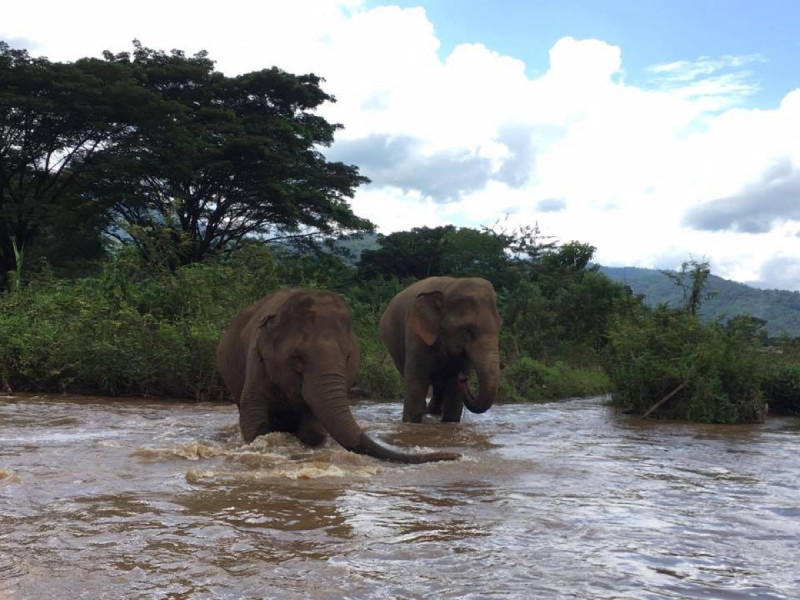 Facebook / Elephant Nature Park
Located in northern Thailand, the Elephant Nature Park is much more than a rescue center for abused elephants. The people running the site have made the surroundings as natural as possible, leaving the animals with plenty of space to run around and have some privacy. You won't see anyone riding on the backs of elephants here. There are no performances or difficult tasks either — the Elephant Nature Park intends to put the animals' wellbeing first. Tourists can book tours through the park and the money collected from entrance fees is used for park maintenance. 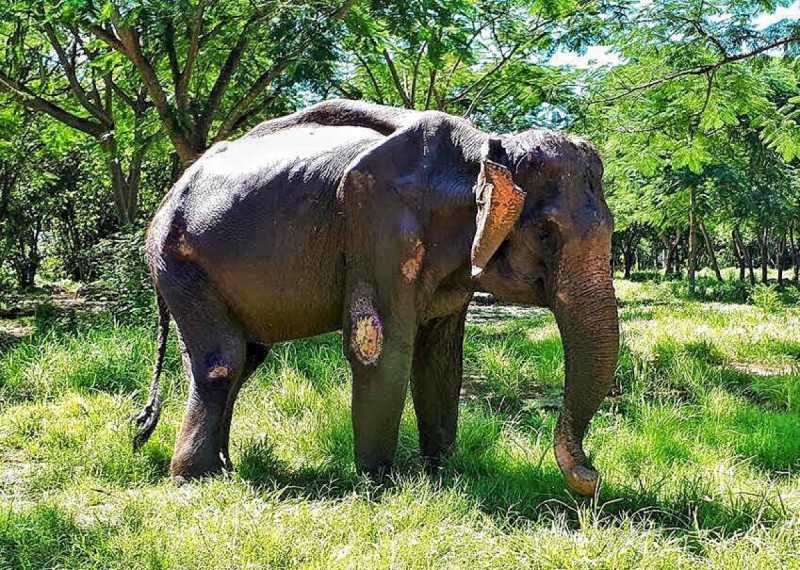 Facebook / Elephant Nature Park
However, the elephants have experienced some truly awful things before arriving in the sanctuary — their mistreatment has left both physical and psychological scars. "85 percent of the elephants arrive at the sanctuary with mental problems. Some of them just stare into the distance like zombies. They're traumatized from the work, disabled, injured, blind and lame, but the worst thing is the psychological damage. Many of them just stand there completely listless. Some just walk around in circles. They screech and run away when they see other elephants," Lek said.
Despite the difficulties, Lek has found a way to communicate with the elephants and ease their troubled souls. With her reassuring presence, intuition and gentle lullabies, she has managed to find a way into the elephants' hearts. 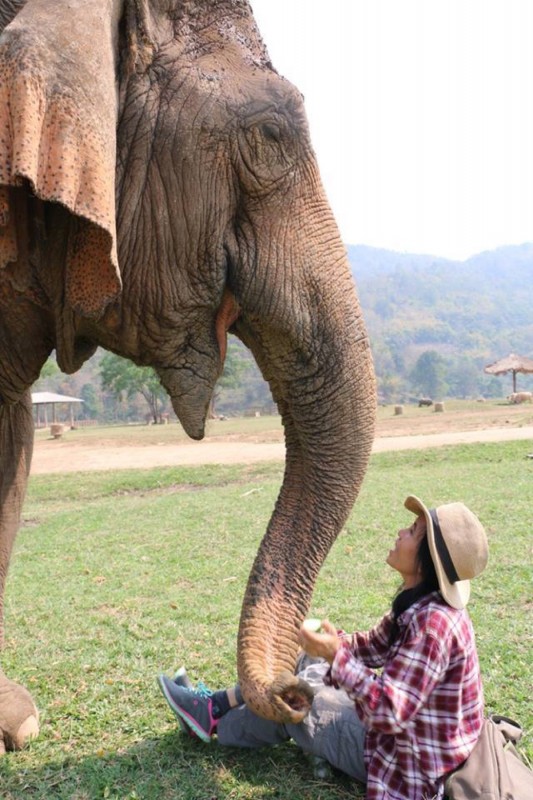 Facebook / Elephant Nature Park
Henrik Enevoldsen, a long-time supporter of the sanctuary, described Lek's effect on the animals as follows: "When she speaks to the elephants, they don't let her walk away. They always want to be near to her. We're often not able to go onto the field with Lek because all of the elephants come up to her." 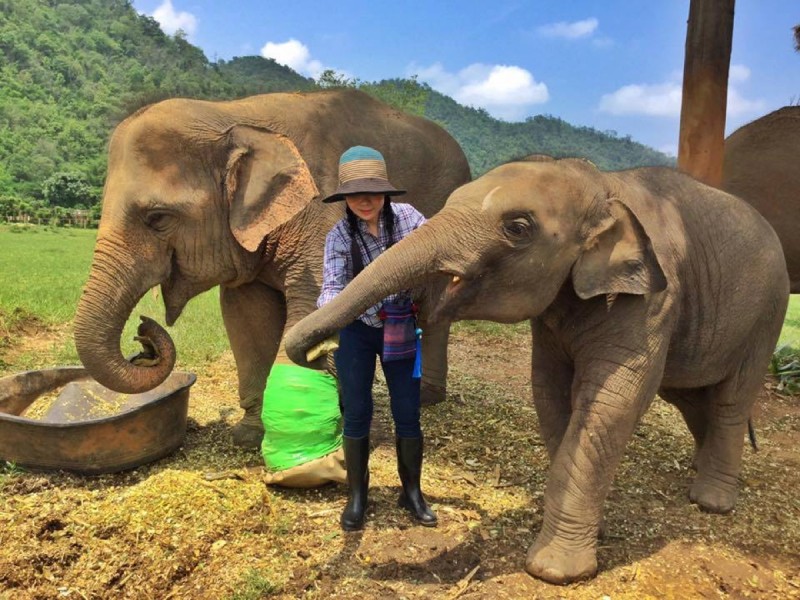 Facebook / Elephant Nature Park
As well as showing the physical and mental abuse the elephants have to undergo, the following video provides an insight into Lek's daily routine at the sanctuary...

Lek's work deserves plenty of respect. For years, she has fought tirelessly for elephant welfare and preventing these poor young tuskers from being needlessly tortured. We hope her Elephant Nature Park can continue to thrive and these senseless acts against defenseless creatures are brought to an end.