Home » »Unlabelled » The grin reaper: Buddhist monk appears to SMILE as his body is exhumed two months after his death so his clothes can be changed in Thailand

The grin reaper: Buddhist monk appears to SMILE as his body is exhumed two months after his death so his clothes can be changed in Thailand 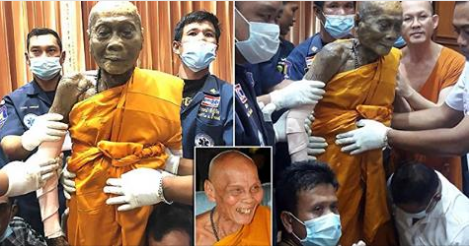 These incredible pictures show a Buddhist monk wearing a smile on his face after his body was exhumed by his followers two months after he died.
Revered monk Luang Phor Pian died aged 92 on November 16 last year after succumbing to illness in a hospital in Thailand's capital, Bangkok.
Pian, who was originally from Cambodia, spent the majority of his life serving as a well-known Buddhist guru in the central Thai province of Lopburi, where his body was returned after he died. 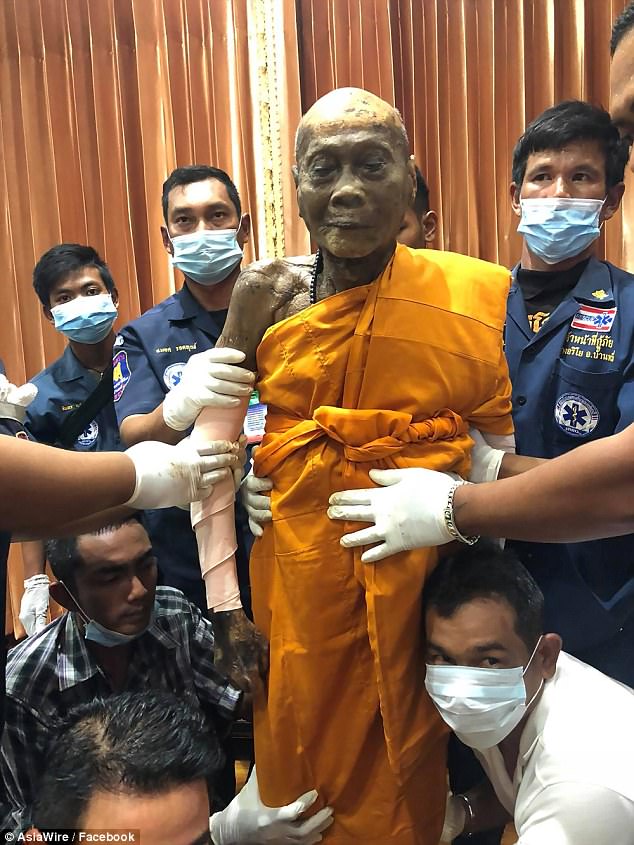 Smiles after death: Monk Luang Phor Pian appears to still be smiling as his body is exhumed two months after his death 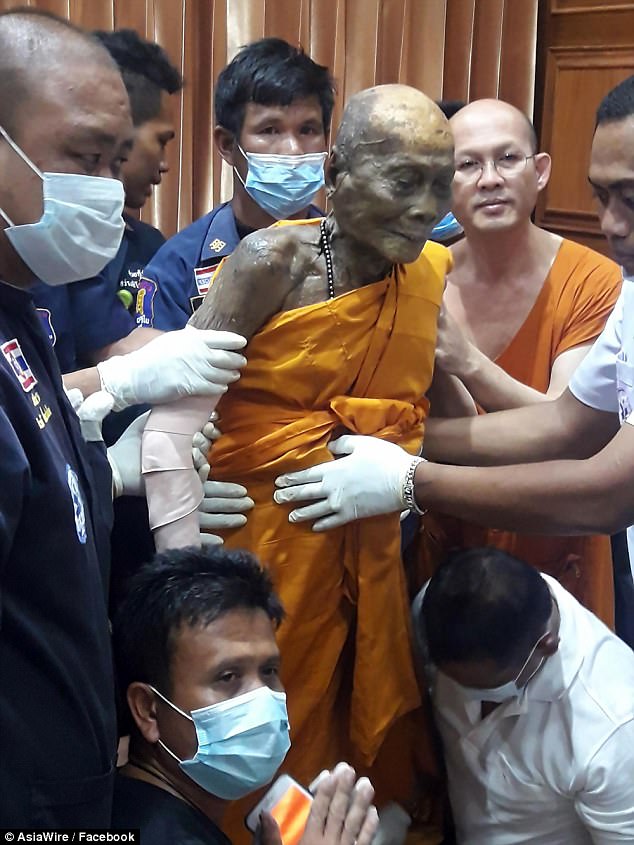 Reports said the monks had removed his body in order to fit him with new, clean robes.
Amazingly, Pian's corpse appeared to be smiling, with followers snapping pictures of the incredible moment and sharing it to social media.
The monk's followers will continue to pray for him until he is finally laid to rest in a ceremony to held on the 100th day after his death. 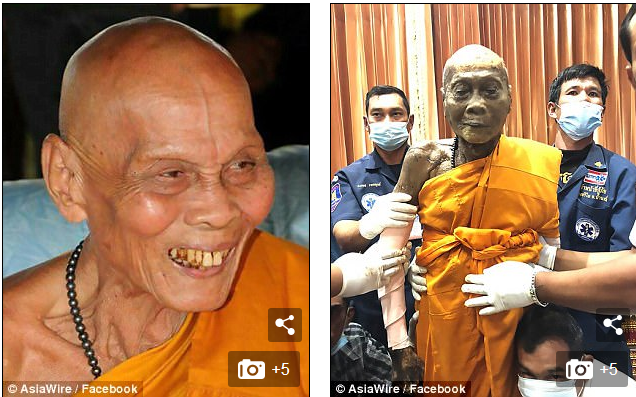 Cheerful: The monk, pictured when he was alive (left), was originally from Cambodia but lived most of his life in Thailand 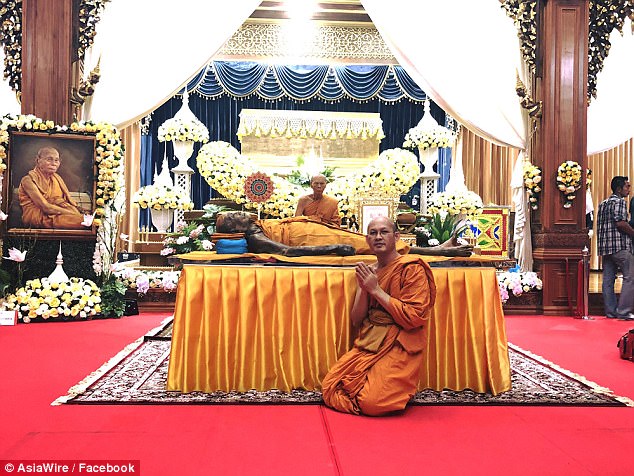 At peace: His followers exhumed his body two months after his death so that his clothes could be changed

credits  www.dailymail.co.uk
Posted by Unknown at 5:59 AM