There is no hard and fast rule as to determine if your man really loves you or if it’s just a superficial relationship. However there are certain things that he might do with you who will suggest that your relationship will only get stronger with each passing day. These behaviors are an indication about him attracted to you head over heels and want to strengthen the relationship.

1. He is a very careful listener

First thing that really tells if he cares about you or not is his ability to actually listen to what you have to say. The more empathy he has with you the more attracted you will become to him. Now pretending empathy is not sustainable so it pretty much means he is actually trying to understand you better and want to contribute with some helpful advice. Sometimes they will know when you only want someone to lend you an ear and they would gladly oblige.

2. He will get into arguments with you

Any relationship becomes stronger when both find certain disagreements on certain points and try to resolve those conflicts by facing them head on. If your guy just simply distances himself from such discomforts he is not prioritizing you or the relationship as important. He is a keeper if he works his way through the argument and resolve conflicts which suggests he values your relationship very much.

3. You are the top priority for himShutterstock

If your guy tries to spend as much time as possible with you while incurring certain sacrifices on his part it means he really loves you. If he has some prior commitments yet he manages to squeeze time out to spend with you suggests he puts you above everything else and your happiness means a lot to him. 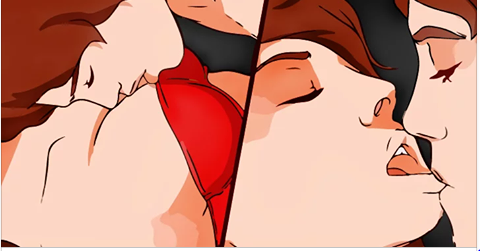 4. He does not take your relationship for granted

There are always ups and downs in the relationship and a person kind of gets used to the care and attention of their significant other. However if he always makes you feel precious and desired means he is strongly attracted to you and want you to know that he appreciates your efforts in the relationship. He will try to let you know how fortunate he feels now that you are in his life and how much better the journey has become with a companion like you

5. He makes sure to show his support

Whenever you win at something or achieve some amazing results he will try to be your number one supporter. He will be super proud of your achievements and will make sure his words and actions do reflect his inner feelings for your success.

6. He always expresses his attraction to you

Sometimes men find it really hard to pay a compliment to their significant other. However if your guy truly loves you he will always make sure to express his love for you more openly and frequently. Even on your worst days with the baggiest of the pajamas and sweat shirt he will make you feel desired and attractive. One thing which girls can’t get enough of is being praised and adored endlessly and your guy knows this secret well.

7. He cares about your near and dear ones

If he really cares about you he will try to internalize you and the different aspects of your life into his. This includes showing an interest in your family and friends since they matter so much to you. He will take a genuine interest in your family matters and will actually try to contribute in any way to aid your friends and family.

8. Lastly he is not afraid to show that he has imperfections

Often times we end up in a relationship where one partner is acting too artificial and sometimes it is quite apparent. There is this fake bravado at work and as soon as push comes to shove such a guy crumbles to the ground resulting in a failed relationship.
However if that guy really cares about you he will try to face his difficulties instead of jumping ship. He will try to show that he is not afraid to make mistakes and learn from them instead of considering living a life without you.
credits  sarcasm.cc
Posted by Unknown at 2:57 AM